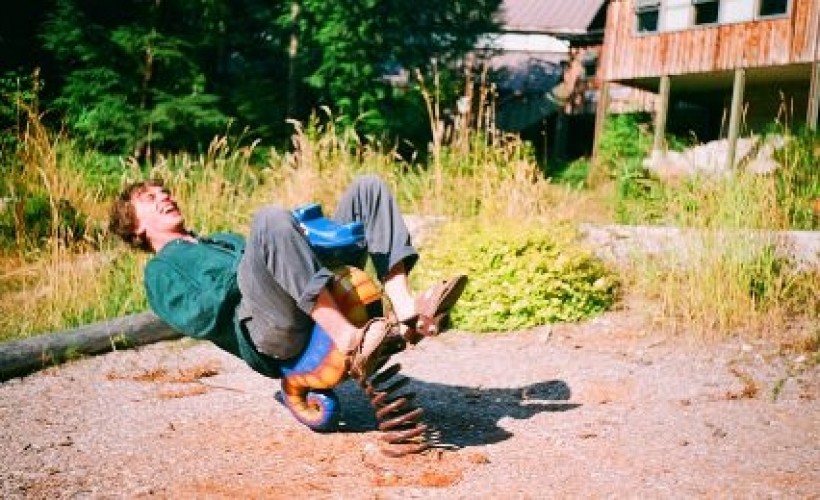 Man of many talents; Cosmo Sheldrake has displayed exceptional prowess as a singer and beat boxer, is well versed in the use of a variety of instruments and has composed music for the big and small screen.

“Sheldrake is a craftsman: a multi-instrumentalist composer, loop station maestro, beatboxer and vocalist extraordinaire; he’s an academic in the most complimentary sense.” - George Sully, The Skinny

Having released his debut album ‘The Much Much How How And I’, he now looks to show off the awesome new material with a major London gig at Oval Space on Wednesday 10th of July 2019.

As you would expect, as the excitement builds then so does the demand so you will have to act fast and book your Cosmo Sheldrake tickets quickly or you may well be left disappointed. You can place your order with Gigantic for your chosen gig tickets using your smartphone, tablet or computer 24/7 either whilst busy on the go or when relaxing at home.

Plus, Gigantic make the booking process even easier by allowing you to set a personal reminder. This will stop you missing the release of gig tickets for your very favourite act by sending you a text message or an email just before they become available online. Cosmo Sheldrake gig tickets are released at 10:00 on Friday 15th of March.


The first taste of the highly anticipated debut album ‘The Much Much How How And I’ came with the release of his single 'Mind Of Rocks'. Also featuring contributions from Bunty, it has been immediately seized upon by critics for its excellence.

“New cut 'Mind Of Rocks' leads the way, a slice of outsider pop that boasts co-production from the one and only Matthew Herbert.” - CLASH

With limitations on the amount of Cosmo Sheldrake concert tickets being made available for sale, we do urge you to act fast and book yours before they have been snapped up. Offering a huge choice on a wide selection of essential gig tickets plus excellent customer service, Gigantic has been named by Nottingham Post as their ‘Retail Business of the Year’ meaning you know we are the right place to come whenever you are booking for your big night out.

That's all we have for Cosmo Sheldrake! Check out their upcoming shows