Out In The Wilderness 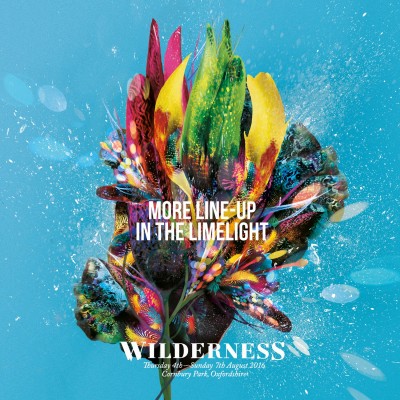 News just in – Wilderness 2016 have just announced a whole host of amazing new acts. The award winning arts and music festival is based in the idyllic Cornbury Park in Oxfordshire. Celebrating the outdoors with fine cultural events and great music, Wilderness really makes the most of the beautiful countryside by bringing you the best in high arts, theatre, comedy and great food.

The organisers had already announced an unbelievable line up of greats such as Robert Plant & The Sensational Space Shifters, The Flaming Lips and Crystal Fighters.

Newly announced is acid jazz legend and Godfather of neo-soul Roy Ayers will be performing on The Atrium, a brand new stage for the festival supported by Time Out. His performance is presented by the legendary London venue Ronnie Scott.

World famous pianist James Rhodes is a fine new addition to the festival.

The Wilderness Orchestra plus secret special guests will be performing a dedicated tribute to David Bowie.

Other musicians and bands to be added include London Contemporary Voices, Yijia Zhnage, Mojo Filter, Nubiyan Twist,  The Comet Is Coming, The Nomad Collective and Batch Gueye.

The festival also invites you to come eat at the intimate Chefs Table looking out over the beautiful lake water. The food will be prepared by such gastronomic geniuses as Christian Puglisi (Relae, Copenhagen), Tomos Parry (Kitty Fisher’s), Robin Gill (The Dairy) and Lee Westcott (Typing Room).

Also be sure to indulge yourself at the field restaurants by HIX, ORO and Petersham Nurseries.

Newly added this year, The Wilderness Playhouse adds a new dimension in the sheer scope of great theatre and drama productions that can now be staged. Supported by funds from the National Lottery through the Arts Council England, the stage looks set for a new era of exciting acting. Appearing at The Wilderness Playhouse will be new writing champions Arcola Theatre showcasing their new live work PlayWROUGHT.

Superbolt Theatre present their hilarious comedy Dinosaur Park. The Jurassic Park parody was a sell out show when performed at the 2015 Edinburgh Fringe. Bristol collective The Wardrobe Ensemble will be laying it all bare in their award winning performance of 1972: The Future Of Sex.

Wilderness encourages inclusivity and participation. The Polka Theatre is another new addition which can be found in the Kids Area running dedicated workshops for children aged 0-13.

World leading science magazine New Scientist has dubbed Wilderness the “most cerebral festival” with its plethora of intriguing debate events and talks provided by the likes of Charlotte Church and Zoe Williams, historian Antony Beevor and astronomer Martin Rees.

Larry Sanders, elder bother of American president hopeful, will be talking politics as will AC Grayling and George Galloway.

There will be live podcasts being beamed out of the festival by internet sensations Little Atoms, Philosophy Bites, Queer’Say, and The Odditorium.

The location of Wilderness lends itself well to its dedication to escapism, life fulfilment and enjoyment of nature. The festival promotes wellbeing by providing Mindfullness sessions, meditation and yoga lessons. Not only may you swim in the beautiful crystal clear lake there is also a spa from Bathing Under the Sky, wood-fire hot tubs and saunas.

Avant Garde dance troupe Sandler’s Wells will be showcasing their talents. Drawing influence from styles across the world marking them out as leaders in cotemporary dance.

C-12 Dance Theatre will premier a new piece of their fine work.

The Non-Applicables Dance Company is a great opportunity to get involved yourself.

Other great activities and spectacles taking place at Wilderness 2016 will be The Sunday Assembly, Hip Hop Karaoke, Swing Patrol and Giant Drumming Workshops.

The festival takes place from Thursday 4th until Sunday the 7th of August.

To get your hands on your Wilderness 2016 ticket just click HERE.