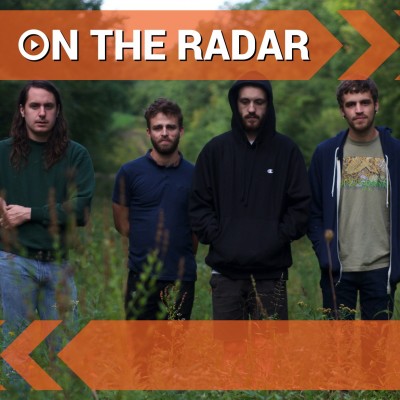 Back in 2013, the release of emo revivalists Balance & Composure’s second album The Things We Think We’re Missing sent those in the indie circle giddy with excitement. Hailed as the next big thing after a highly successful word of mouth campaign plus intense touring their name was everywhere and it looked like they were set to take over the world. Right before they nearly lost everything.

Construction work on the highway which was poorly signposted led to the tour van spilling off the road at a bend which overturned the vehicle while it fell from a great height.

“For some reason there was a 10-foot patch on the highway with no guardrail. It was literally just a 10-foot opening. We went right through it. We flew off the side of the road and it just dropped straight down into a ravine. We fell 75 feet and ended up 120 or 125 feet from the side of the road.” - Bailey Van Ellis

Miraculously they all survived with few physical injuries. However, such a terrifying near death experience had deeper psychological effects resulting in the band needing time to recover during which they entered a period of readjustment.

"We realized we all almost died and thought maybe we should chill on the touring thing for a bit. It was definitely an eye-opening experience, and it had an effect on the time we took with this record." - Bailey Van Ellis

Despite the obvious terror of the ordeal, the accident had the positive effect of drawing each member together. The shared experience brought a deeper level of understanding within the band which now reflects in their writing and performance. In spite of the terrible possibilities of what could have been, the result has been the creation of incredible new album Light We Made.

The new album sees the band’s first foray into the use of electronic percussion. Implementing drum machines has developed into a confidently cool sound that has a direct effect on the listener to feel as if singer Jon Simmons has taken you aside to have a quiet word and explain exactly what is going on in his head.

Through their deft lyrical skill and well written emotive sound they have avoided the pitfall of becoming icy and created music that is somehow more intimate than their previous impassioned blasts of distorted guitar. See them perform the new material live in January when they hit Bristol Thekla and The Bodega in Nottingham.

The third and latest The Hotelier album Goodness is the sound of freedom. Wild and excited, the bright guitar sound takes you on your very own trip to summer camp complete with all the adolescent trill and giddy highs that come with the adventure.

The Cover Art reflects this wilful abandon and cherished liberty with a photo that depicts eight fully naked middle aged individuals in close physical contact in a state of obvious bliss on a plain surrounded by idyllic forest under radiant sunshine. The scene of happy characters seem to imply the optimism of alternative living from a time that is no longer now, an absurdity of no longer being immediate, but the undeniable joy of being themselves.

All of which is very apt for an album that create a nostalgia through its folky story telling lyrical style which conjures an all American picture postcard of an era of your life you fondly indulge remembering despite it not actually being part of your own past. Goodness is the optimistic side of the nation’s exceptionalism and invites you to become part of the myths that might lead to rediscovering the lost American dream.

See them perform the new material and more when they hit the UK for a January tour.