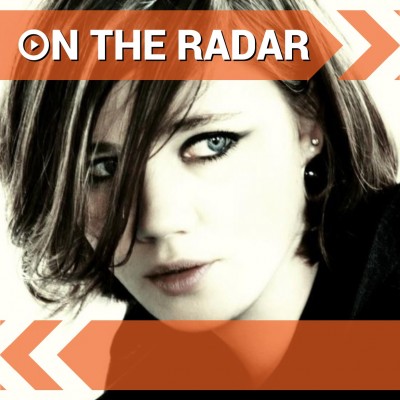 Rose Elinor Dougall has just announced an April 2017 tour. Tapping into the resurgence of krautrock, she pursues a mature sound that merges the pulsing sound of analogue synths with chasing bass lines and confident vocal delivery.

Some of you may recognise Dougall from her previous indie pop incarnation as a former member of indie pop band The Pipettes. A founding member of the original trio, The Pipettes took the infamous work of situationalist art agitator Bill Drummond’s The Manual (How to Have a Number One the Easy Way) and applied his step by step guide to the 60’s sound of Phil Spector and enjoyed modest success with Pull Shapes being heard at indie discos everywhere back in 2006.

Since departing the band she has subsequently embarked on a solo career which has seen a marked shift in style and tone. Gone are the garish polka dot dresses in favour of a black leather jacket and boots suiting the somewhat dark tone of her new tracks.

Following debut solo album Without Why and subsequent E.Ps The Distractions and Future Vanishes, Dougall will release follow up album Stellular later in the year. Our first taste of the upcoming record is the title single bearing the same name which sees the London based singer/songwriter reflect on the uncertainties of a modern world poised on the brink of further international political and economic turmoil. The confusion that comes trying to be a 20 something and all the trials that come with living in a capital city against a backdrop of growing worldwide tensions.

"The last decade in this country has been a really fucking weird time to be young. There's a theme of promises that are falling apart, and negotiating the wreckage of choices you might make that actually start to become less flippant and do have long-standing effects on your future.”

After showing significant progress with the release of second album Something Good, London four-piece Theme Park are gearing up for an exciting headline show at London Oslo in May. Taking the intelligent guitar pop sound of the 80’s and updating it with that upbeat carnival feel that seems to be ever pervading in today’s music circles, Theme Park are sure to please both the causal listener and the ultra-cool hipster.

Tapping into tropicália, Theme Park certainly are a singles band and have danced around the independent airwaves with a string of great songs including Milk, Jamaica, Ghosts and more recently L.A. (Is Stealing My Friends) and You Are Real. With upbeat tempo and a constant humorous charm characterising each new release, it is easy to hear why they are catching everyone’s ear.