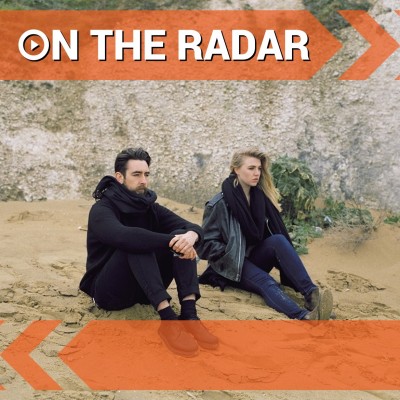 Folk rock band Slow Club unites Sheffield multi-instrumental pairing of Rebecca Taylor and Charles Watson. Though few in number, the duo are greatly endowed with talent, charm and creative energy as exhibited in the four albums they have released since their start.

The South Yorkshire indie kids release their fifth album on Friday (19/08/2016). Titled One Day All Of This Won’t Matter Anymore, it is far from a depressing collection of dirges as suggested by the title. Rather, it is a joyous exploration into new sounds perhaps inspired by the wonderful studio Spacebomb where the album was recorded. Nestled in Richmond, Virginia, the studio encourages experimentation and describes the recording process as a communal experience to be shared. And it is in this spirit of aural adventure that the record was made.

Kicking off with the beguiling song Where The Light Gets Lost, the listener is taken down a wooded path as soon as the haphazard drums are met with a trebled riff. Pleasantly, it isn’t just the light that cannot escape this fixed point created by the song.  Neither can the listener, awash with the gentle guitaring of the radiant song. We are taken further into their world with the upbeat pop track Ancient Rolling Sea and by the songs end there can be no turning back. The albums highlights include disco flavoured track Tattoo Of The King, the double vocal tracked song Rebecca Casanova enabling Taylor to duet with herself and the appealing country sounding single In Waves whose slide guitars are used subtly to add an emotional depth rather than falling into cliché.

Catch Slow Club when they tour in October.

Ry Cuming has been working under the stage Ry X since 2010. The Australian surfer redirected his life towards music following a revelation having listened to Jeff Buckley’s only studio album Grace whilst a teen.

The influence upon Cuming are apparent in his song writing style which also features sparse guitaring allowing the emotional weight of the vocals to come to the fore. However, that is perhaps the only comparison that can be made as his song writing style is far more modern and eclectic, allowing for the use of many more varied sounds and electronic instrumentation, rather than just the hallowed man with a guitar.

Being able to convey such emotion alongside the varied and interesting use of synth and organ makes for a modern great in the making. Something his home country have been quick to recognise having been awarded a Dolphin Award for Best New Artist in 2012 alongside Best Pop Song for his collaborative single with Frank Wiedemann; Howling.

Released in May, Cuming has brought out his first major album release entitled Dawn. The record comes out through Infectious Records, a label known for being daring by signing such unorthodox acts as These New Puritans, alt-J and Leftfield. It looks like they’ve struck gold again with Ry X.

Catch him when he plays in the UK this November.