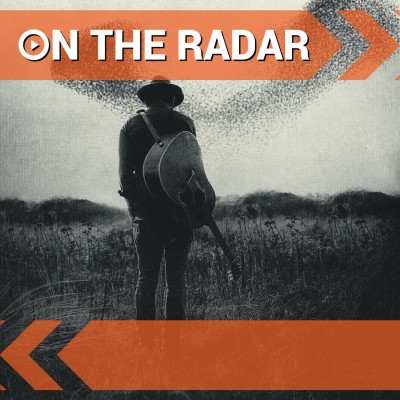 Having recently signed to cult alt rock label Epitaph Records, Californian post-hardcore band Touché Amoré have released their new album Stage Four. The title both acknowledges that this is their forth studio album and also refers to the highest level of cancer staging.

Having recently lost his mother to cancer, singer Jeremy Bolm appears to use the album as a means to try and understand just what has happened, explain the emotional fallout and as a process of expunging the pain. Wrought but forceful, singles Palm Dreams and Displacement explore the life of a woman compelled to move from the small town to Hollywood and the agony felt by her son in the wake of her death.

The new album also features the single Skyscraper which patiently steps through the squared numbered streets of New York and past the monolithic buildings that jut into the sky to culminate in post rock wall of sound with a guttural scream that conveys a sense of passion and admiration for the city that never sleeps.

Somewhat sombre but also triumphant, Bolm’s vocals border on being spoken word which lends a certain gravitas to each word. The depth of his voice contrasts perfectly with the singing guest appearance of Memphis indie rock songwriter Julien Baker who light touch acts as a perfect foil to Bolm’s vocal tread.

Stoic and yet emotional, Stage Four yields a raw honesty and yet demands a commitment from the audience who cannot fail to feel the urge to move, driven by the power of shimmering overdriven guitars and excellent use of dynamics. Get to their gigs taking place in February of 2017.

Colossal in spirit and epic in scope, the powerful work of Gregory Alan Isakov reverberates from the ear of the listener to resonate with their inner core. Often starting in the time old folk tradition as a single musician with their voice and instrument, Isakov builds with the layering of strings and percussion to become something monumental. In just a few steps we are taken from solid ground to the giddy thrill of an expansive cliff edge and left to marvel at the wonder that such incredible skill at songcraft can create.

The South African born Isakov immigrated to America whilst still a child and was already a touring musician by the age of sixteen. Consequently, he has spent much of his life on the road and the constant journeying has had a massive impact on style. Not only does he sing of wanderlust and the adventure yet to be had, the very music of Isakov refuses to stay static. Starting from his powerful solo performance to be joined by a huge accompaniment which lends a sense of momentum and gives rise to epic music in the truest sense of the word.

His latest release Gregory Alan Isakov with the Colorado Symphony truly taps into the expansive sound previously hinted. The record encapsulates both the tremendous rush create by the large troupe of such sublime musicians and the warm humanity of the individual from which the music originates.

Take the chance to see him play when he tours the UK in March of 2017.

Get ready for the big new thing because Rian, Jack and Rasdall aka The Greasy Slicks are getting everyone excited with their massive punk enthused blues rock. With such killer tracks as Hawks and Eyes Wide Black plus their incredible high quality accompanying videos, it is no surprise that they were in the running for Best Band at the 2016 Unsigned Music Awards (UMA).

After a superb summer which saw them play all around the UK plus scorching sets at The Secret Garden Party and Bestival where they headlined the Invaders Of The Future Stage, The Greasy Slicks continue their wild ride with the release of their brand new eponymously titled debut album.

The full on blues rock explosion was recorded on the Isle Of Wight at the exquisitiely equipped Studio Humbug by ace production team Bow Weaver (The Archie Bronson Outfit, Paolo Nutini, The Kills). The band’s overdriven swagger is captured perfectly by the sixties Pye recording console that bestows perfect tone which lends them a timeless quality to match the style of their music which bridges the best of the old with the excitement of being on the cutting edge.

The finish their fantastic year with an exciting December tour which takes them to some of the coolest venues around. Expect to hear a lot of their essential debut album with the added extra oomph that comes when playing live.