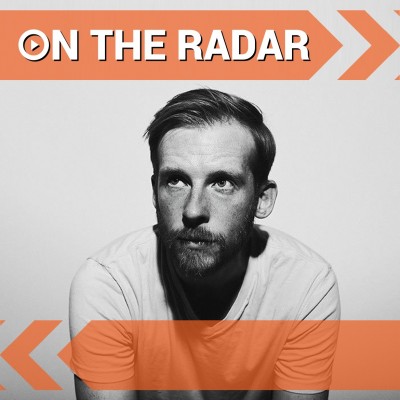 French R&B duo Victor Son and Simon Carpentier are the song writing pair behind exciting new band Her. Sultry, stylish and soulful, the pair are unafraid to write overtly sexualised songs that certainly get the pulse racing. Having been name checked by everyone from Zane Lowe to Pharrell Williams and The Weeknd as something to get excited about, you know you need to check them out.

The school friends had already found fame in the home country with previous outing The Popopopops. The electro enthused indie boy band certainly had its charms but Carpentier and Son were ready for a more mature sound. Deciding upon the name Her to employ feminine mystique and sensuality made the change towards a more sophisticated image immediately apparent.

The release of their debut EP entitled Her Tape No.1 and the passionately charged video for song Quite Like swept like wildfire through France and beyond with each enjoying over quarter of a million hits, the majority of which have come from the UK and America. Currently the subject of a bidding war, Her have released their new single Union while they choose a label to their liking.

One of the year’s most interesting releases is will be the new Kevin Devine album Instigator. Produced by John Agnello (Dinosaur Jr., Kurt Vile), the record is released on October 21st and includes the song No History; a lament for the events of 9/11.

“I’m 36 and a lifelong New Yorker and in many ways my life is pre/post That Day. That’s also true on a larger scale; a lot of present-day ugliness & scariness (not to mention the poisonous fruit we’re being served in place of sane civic discourse) has its roots in how Power reacted to what happened. This is a song tying moments together to shrink back to the personal, to reconnect to that meaning & narrative, to the kernel of humanity buried in the fog.” - Kevin Devine

By reducing the tragedy to anecdotal experiences Devine reminds the listener of the fear and loss by re-invoking a sense of humanity that has been glossed over in geo-political power games, angry rhetoric and well-trodden all American clichés. Although the studio recorded version on the album makes use of a full band to create a somewhat triumphant sound, the Brooklyn-born singer/songwriter has recently recorded an intimate acoustic solo performance of the song which was shot in a financial district apartment on the 56th floor to capture the poignant New York background.

Known for his pensive melodic style that mixes the political with introspective exploration, Devine’s talent for folk rock is rarely matched and his gigs make for compelling viewing. He kicks of 2017 with a January tour around the UK in support of the new album.

Just released to stream in the past twenty-four hours is brand new Danny Brown track Really Doe. Taken from the upcoming album Atrocity Exhibition which Brown states is inspired by both the JG Ballard novel and the similarly Ballardian derived Joy Division song, this new track features an illustrious roll call of the most essential contemporary rappers; Ab-Soul, Earl Sweatshirt and Kendrick Lamar each doing their best to outdo the other in a dazzling display of deft lyrical skill. The song follows the previously unveiled relentless slam single When It Rain and the bass punch of Pneumonia.

Released at the end of the month through Warp Records, a label known for releasing artistically challenging electronic and urban music, the record promises to be an aggressive swagger into the darker realms of hip hop. Using sinister looming beats to back his flawless flow, the album explores modern poverty leading to violence and drug use.

“With the blessing of my (former label) Fools Gold family by my side, I’m excited to be working with Warp on new material. They’re music fans to the same high degree I am and I’m looking forward to breaking some rules together.” - Danny Brown

Atrocity Exhibition will be the fourth album for the Detroit MC Daniel Swell who was amongst the first to understand the power of social media, building an international presence using the internet. Having left dealing for music, he started out as a member of hip hop group Rese’vor Dogs before going solo with debut album The Hybrid released in 2010. Now he is rolling with the best and hits the UK with a tour in November.