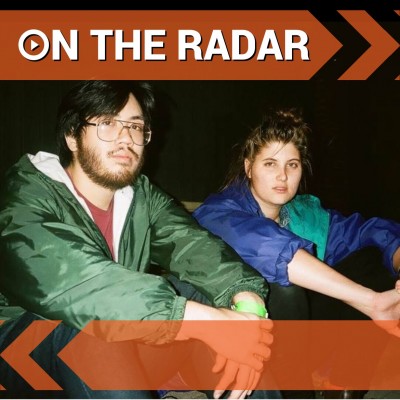 Set to ride high on many Album Of The Year lists, Impossible Dream is the most recent album by incredible folk rock singer Haley Bonar. Each song is a perfectly crafted piece of pensive pop revealing tender emotion carried aloft by a voice that conveys both fragility and yet an innate strength. The album may carry a certain sense of encroaching gloom but through rousing guitar riffs and power of her voice the music becomes a rousing cry rather than succumb to any foreboding.

It comes as little surprise that her latest offering would be so stunning, the release of her debut album The Size Of Planets saw the singer become the darling of the music press whilst aged only 20, follow up album Lure The Fox earned her two illustrious Minnesota Music Awards for Best American Roots Recording and Best American Roots artists and Last War was named by Rough Trade as one of their picks for 2014.

The Canadian born singer made the temporary move to indie heartland Portland, Oregon where she quickly become enmeshed in the cities rich music scene and started her side project; an all star no wave band called Gramma’s Boyfriend.

Catch her when she tours the UK in 2017 when you can hear her wonderfully complex new album plus pieces from her immaculate back catalogue live.

Quirky Floridian indie pop band Sales are about to explode. First started as a bedroom project by old friends Lauren Morgan and Jordan Shih, Sales have been subject to an incredible word of mouth campaign which has seen the band go viral after becoming THE most blogged about band before even releasing their debut album!

They have built their online swell by recognising the power the internet offers to engage their audience directly. Their 2014 EP was promoted with a three part video mini series which sees them play some if tracks live in between hanging out, telling secrets and ordering pizza. The EP produced the single Renee which was soon championed by BBC Radio 6.

Luckily for us, the lo fi pairing have finally self released their gorgeous eponymous record to an expectant audience which have already streamed the album over 19.5 million times through various services. Sales initial album outing captures a glimpse into the private world of two close friends. The lo fi production lends itself well to creating a gentle intimacy without ever feeling lacking in production values or incomplete as a final song. Sweet and endearing, the album is the sound youthful experimentation as the duo discover how to create something wonderful with a couple of guitars and a drum machine.