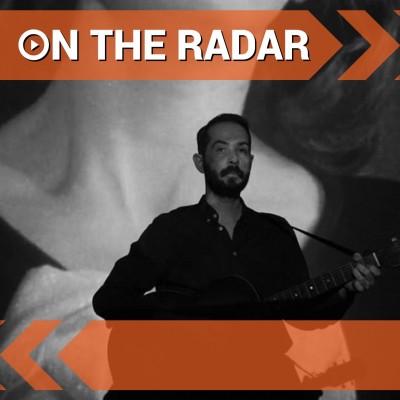 With the upcoming release of their debut album ‘Love In The 4th Dimension’. London based band The Big Moon have just released their latest video; ‘Formidable’. Having been posted online just a week ago, ‘Formidable’ shows a huge depth of emotion revealing a mature side to the good time girls.

The new video follows the previous single ‘Cupid’ which has enjoyed prominent airplay on BBC 6 Music. The video sees the girls descend from being perfectly manicured and disinterested into a glorious glitter bomb explosion of furious overdriven mess. The perfectly apt paint spattered promo truly captures both the giddy excitement of their gigs plus the band’s enormous onstage charismatic presence.

The Stoke Newington four piece grabbed attention last year when they self-released the songs ‘Sucker’ and ‘Eureka Moment’ and then ramped up the excitement by establishing themselves as the must-see festival act over the summer of 2016, converting casual listeners into dedicated fans with their cover of Madonna’s ‘Beautiful Stranger’

Currently we only have limited supplies of tickets for their headline show at The Haunt in Brighton during April 2017. However, with their listenership ever growing and the upcoming release of their album we expect to be seeing big things from The Big Moon next year.

Dark and seductive pop band Cigarettes After Sex are infecting the hearts of an international audience after they went viral. Moody and atmospheric, their unrushed bass heavy songs with trebled vocals linger like grey-blue smoke in a bedroom of post coital bliss.

The ambient Texan band was started by songwriter Greg Gonzalez in 2008 who began building their listeners through posting their music online through YouTube. Their break came with the release of the EP simply entitled ‘1’ which they recorded in a single night whilst perched up the stairway of a four story building to incorporate a feeling of distance into the sound.

After relocating from El Paso to Brooklyn, New York, they released the single ‘Affection’ early in the year which was accompanied by a cover of REO Speedwagon’s massive hit ‘Keep On Loving You’. The release has seen Cigarettes After Sex continue to skyrocket into success and become listed by Rolling Stone as one of 10 New Artists You Need To Know.

With the expectation of a debut album being released early next year they have announced a UK tour in April 2017.