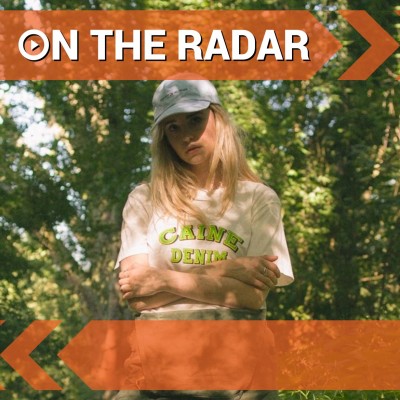 Britain’s brightest new song writer and producer Laurel has been quick to find herself in the spotlight. Working from her East London bedroom based studio, she records, mixes and even performs live marking her as a true DIY wonder of alternative pop. Her music shows incredible emotive depth, as revealed in her exquisite lyrics, fused with gorgeous melodies and executed through flawless delivery.

The 22-year-old Laurel Arnell-Cullen exploded in 2016. Proving herself with the self release of the bluesy singles Life Worth Living and San Francisco through her own label Theia, she was soon snapped up by Counter Records (an imprint of Ninja Tune) and by the end of the year Southampton singer had also released the EP entitled Park.

Showing true prolific promise, she is reported to be already working on her debut album expected to be released early next year and has announced 2017 dates which tantalises the prospect of hearing the new material live. In the meantime, check out her contribution to the Mahogany Sessions to wet your appetite for the upcoming gigs.

The work of Jesca Hoop draws on deep rooted folk and blues whilst embracing modern experimental sounds to produce a compulsive sound of her very own. The Californian songwriter’s incredible voice possesses a fragility due to her young age yet is somehow able to channel the weight of years and experience. By tapping into tradition but with a modern urgency and conveying skill beyond her years through superb lyrical complexity, she constantly exhibits her capacity to write truly captivating songs.

Her most recent record entitled Love Letter For Fire has seen her unite with Sam Beam of Iron & Wine to write exquisite songs about love, penned by a pair who are not in love. The recent record has entranced the critics.

Born to Mormon parents, Hoop grew up singing traditional folk tunes and hymns as a four-part harmony with her family. Hoop would soon break from the religion following the separation of her parents as a teen.

Keen to pursue a career in music but needing to find her own path, Hoop would move to Los Angeles. As luck would have it, she found work as a nanny for the children of the great Tom Waits. Waits and his wife Kathleen would become instrumental in pushing her career, helped with the vital introductions that would see her become signed.

With the upcoming release of her brand-new album Memories Are Now in February 2017, Hoop has announced a rare UK tour in Spring.