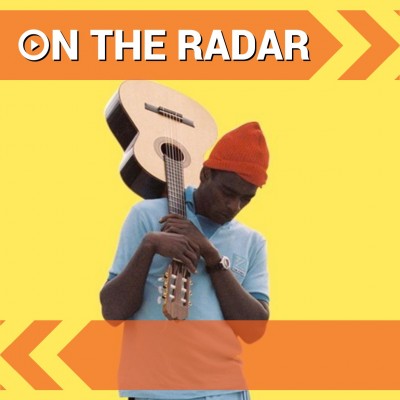 Brazilian singer, songwriter and actor Seu Jorge has had it hard. Born into the slums of Rio de Janeiro, Jorge Mario da Silva searched for whatever work he could find to survive before being conscripted for a year of compulsory military service where he would serve as a cornet player in an army band.

Life did not get much easier and upon leaving the military he found himself homeless at the age of 19. Tragedy would strike in 1991 when Jorge’s 16-year-old brother would be killed by the Rio police. As fate would have it, he met other aspiring musicians at the funeral also looking to form a band and began to teach himself guitar.

Joining a theatrical troupe sponsored by Universidade do Estado do Rio de Janeiro, he became both a working musician and actor involved in live samba performances. Showing obvious promise and immense charisma, it soon became clear that a star was in the making. So, he adopted his now familiar stage name and struck out as a solo artist.

Jorge’s break came when he was cast in the award-winning 2002 film City Of God. Cast as the tragic character Knockout Ned, the biopic tells the true story of people’s lives and exposed the world to the poverty and inevitable crime caused through the ensuing desperation in the favelas which mirrored Jorge’s own past.

He would also appear in the cult 2004 Wes Anderson comedy The Life Aquatic with Steve Zissou. Playing the role of Pelé dos Santos, the film would be interspersed with live acoustic performances of various hits of David Bowie sang by Jorge in Portuguese whilst still in character, with lyrics modified to reflect his real-life experiences whilst working on the film.

These performances earned him an accolade from the late great Starman himself who was quoted as stating “Had Seu Jorge not recorded my songs in Portuguese, I would never have heard this new level of beauty which he has imbued them with.”

Taking his incidental scenes from the film and turning them into a touching tribute to Bowie, Jorge will be performing at the Royal Albert Hall in London on Tuesday 30th of May.

Instantly captivating and laden with emotive depth, the music of Alice Jemima creates a bridge between the creative studios and the high gloss world of pop. Blending electronic beats and percussion produced through her laptop with her sweet yet sultry voice and a huge Hofner guitar, she creates a sound which is both credible yet ready for mainstream success.

After releasing a cover of Blackstreet’s No Diggity, Jemima racked up over 3 million plays which saw her sign to DJ Rob Da Bank’s independent label Sunday Best. She then released an EP entitled Liquorice which featured a dance floor filling title track that lingers in the ear forever.

More recently, Jemima has unleashed the breakthrough track Dodged A Bullet and the ice cold hypnotic pulsing song Electronic. The singles are taken from her forthcoming but as yet untitled album which is expected to be released early next year.

The young Devonshire singer has been supporting the likes of Laura Doggett, Kim Churchill and Lucy Rose and made stunning performances at such essential festivals as Larmer Tree Festival, Boardmasters, Beautiful Days and Bestival which has all prepared her to become a massive headline act in 2017.

She has just announced a handful of March 2017 dates including The Soup Kitchen at Manchester, Louisiana at Bristol and The Lexington in London. So, book a ticket now to be amongst the first to hear the exciting new sound of 2017.