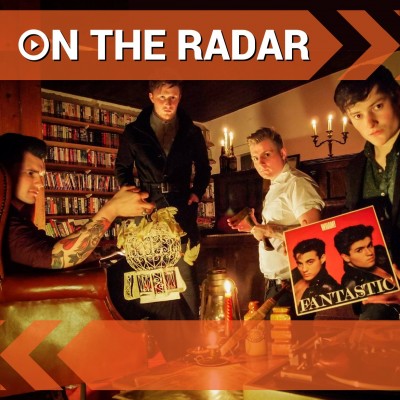 Get ready, because Avalanche Party are not going down without a fight. Energised by their commitment to excite, this garage rock band snarl with a style which has seen them invited to make prominent performances on the BBC Introducing stages. The North Yorkshire five-piece, consisting of Glen Adkins, Joe Bell, Kane Waterfield, Jared Thorpe and Jordan Bell latest release is the single Solid Gold.

The video nasty sees singer Bell cast as a bound victim. After being subjected to relentless brutality, our protagonist finds the means to turn the tables and unleashes all upon his captor. In a video that no doubt will grab attention for the violence and sheer amount of gore, it also taps into the frustrations of the oppressed and abused. By depicting violence in a realistic way, we are reminded of the real-world violence committed by the powerful, how overcoming their dominance must be taken by the under as it will never be granted by the master, and the satisfaction of justice may only come through similarly metering out pain.

The tension in the lead up to the violence matches the creeping intro to the song while the explosion of violence on screen equally meets the bursting aural assault. The band lunges from the implied power of a trapped tiger to a ferocious flurry of distortion and screamed rage. And so, we are gifted with the rare occasion when a truly exciting band is in command of both their own blistering sound and conveyed image without the feeling of being over contrived. If they can do all this in a fistful of minutes in an online video, we cannot wait to see what they can do on stage!

So, make sure you see them headline at Brudenell Games Room in Leeds and The Windmill at London this February where they are joined be a succession of incredible support bands including Hangnails, Plaza plus the swaggering post punk punch of Vulgarians.

Formed in the Autumn of 2013, the band was united by a sense of purpose and embarked upon writing powerful and emotional anthems. In the few years since they have formed, The Fallen State have already built up quite a substantial following of their own and are proving to be a force to be reckoned with. Having played support for the likes of Trapt, Black Stone Cherry, Halestorm, The Treatment, Young Guns and Heavens Basement, they quickly became exposed to large audiences who continue to follow them.

They astounded critics with the release of a succession of intense EPs entitled I, II, III plus Crown Your Shadows and continue to reach ever growing enthralled audiences. And now, with the impending release of follow up EP The View From The Ruin, they have just announced live headline dates to excite audiences and promote the brand new material.

Their previous records have resulted in the BBC using their videos and enjoyed radio airtime curtsey of Kerrang! which has translated into sell out shows and so we expect their March tour to follow suit. Book your ticket for The Fallen State before they are all gone.