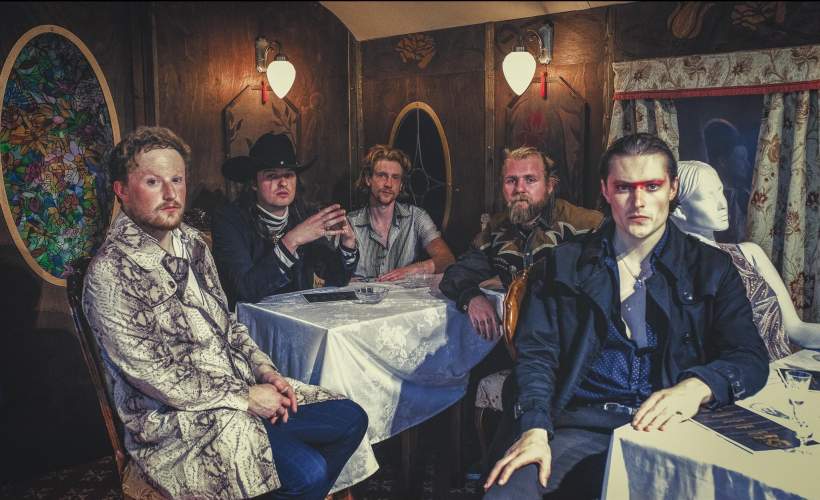 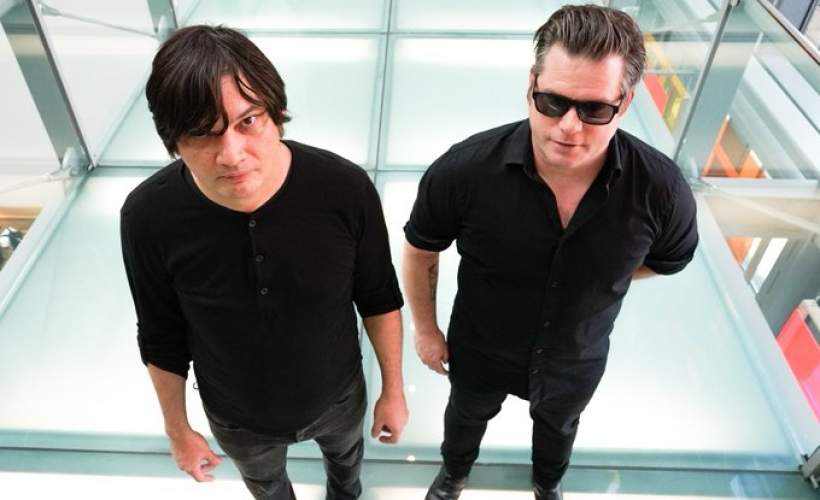 ...And You Will Know Us By The Trail Of Dead

Avalanche Party is feral garage-punk rock & roll from the North Yorkshire Moors. Their sound is intense and immediate, so new yet so familiar, brimming with an urgency that explodes off the stage like the front lines of a war you didn’t even realise was being fought. Every note played through white knuckles, every word spat through gritted teeth.

“A tsunami of mega riffs and eardrum-popping bass lines. Definitely don’t want to wear your Sunday best to one of their raucous gigs”
NME

Formed in 2014, the past few years have seen Avalanche Party tear away from the moors, performing all across the UK, Europe and USA, and finally this year, released their long awaited debut album ‘24 Carat Diamond Trephine.’

Avalanche Party were recently awarded the Momentum Fund by PRS for 2020 following their first taste of recording in the USA, working on new music in the desert at the world famous Rancho De La Luna recording studio in Joshua Tree California with Dave Catching (Queens Of The Stone Age, Kyuss, Eagles Of Death Metal).

Formed high amongst the windswept stark beauty of the North Yorkshire Moors, Avalanche Party are centred around brother Joe and Jordan Bell. The full-on amphetamine fuelled garage band smash through their sets in an exciting burst of barely controlled chaos. Primed with aggression and letting out a primal scream of fury, Avalanche Party are a band you can truly believe in.

“They are really rather good and this is one of the best EPs I’ve heard all year.” - Exploding Head Syndrome

“Avalanche Party, absolutely ripped apart the BBC Introducing stage at 3pm… So, if you’re going to go and see anyone live then this is the one” - Amazing Radio

“Front man Jordan Bell stalks the stage like he owns it (and in effect he does). He comes across as the son of Jarvis Cocker and Jim Morrison with one of the most piercing stares in music today. ” - With Just A Hint Of Mayhem

“Avalanche Party were angry, intense. It was a performance that saw the lead singer, Jordan, in his ripped red shirt, get right up in the face of the opportunity and demand to be heard. The five-piece thrashed out a performance that mattered.” - Gigwise

Playing their very first gig whilst aged only 12, the band is unafraid to take an unflinching look at the nastier side of life. Their white-knuckle rampage explodes on stage and burns fiercely on record.

The past few years have seen Avalanche Party tear away from the moors, greeting the UK, Europe and USA with intense live performances. Hotly tipped by many for big industry success, the band has had heavy radio support, being championed by BBC Introducing, Radio 1’s Huw Stephens, 6 Music’s Steve Lamacq and Tom Robinson, Vic Galloway at BBC Scotland, John Kennedy at Radio X, Edith Bowman at Virgin Radio, Jim Gellatly at Amazing Radio and KEXP’s Kevin Cole & KCRW’s Jason Kramer in the USA.

The band have recorded two live sessions for BBC 6Music, and were invited to London by KEXP to perform a live session as part of International Clash Day. They were also named by NME as a part of their global Top 100 Bands for 2019.

We only have limited supplies of Avalanche Party concert tickets so book early or miss out on seeing this incredible rising band for yourself. Always make Gigantic your first choice when selecting your essential gig tickets to enjoy a great service and an unforgettable experience.

Avalanche Party play alongside No Hot Ashes at Hoyfest 2018!

Avalanche Party are set for big things in 2018.

That's all we have for Avalanche Party! Check out their upcoming shows