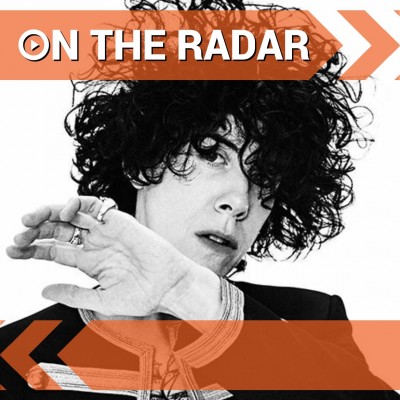 Much has been made of new punks on the block; Cabbage. Armed with furious fast riffs, the foul mouthed Manc foursome have been lavished with praise from the likes of The Guardian, Drowned In Sound and Louder Than War while building a sizable fanbase through the release of their EP Le Chou plus the singles Kevin¸ Dinner Lady and Uber Capitalist Death Trade with debut album Young, Dumb & Full Of… barely a month old.

Most will have only just heard of Cabbage as the new single is now being regularly played on BBC 6 Music. More crazed than a direct and concise political attack. More off the wall and messy. Uber Capitalist Death Trade develops their grot garage rock style with something a bit more overtly political. The agent provocateurs may have proved they know a bit about Marx but they don’t let that get in the way of a satisfyingly messy performance.

And it’s their performances that have truly been getting critics frothing at the mouth. Listed by the BBC in their Sound Of 2017, their frequently sold out gigs see them lunge from confident swagger to the inevitable glorious implosion of a chaotic band that cannot contain their own energy. Expect big things, and then some!

Enigmatic New Yorker Laura Pergolizzi, better known by her initials LP, has always skated dangerously close to breaking into the big time in America but has yet to truly crack elsewhere – yet. The recent release of her new album Lost On You has continued her rise to the top and has seen her make her name across various European countries. Upbeat, the songs swagger with confidence despite the song writer’s reported shy nature which has seen her spend a staggering twenty-two weeks riding aloft the Greek airwaves and enjoyed chart success in France, Italy, Poland, Spain and Switzerland. Yet somehow, she is yet to be discovered in the UK.

Known for her impressive onstage persona, LP can channel her East Coast charm whilst engaging her audiences with songs of life, love and loss. Combining her unmistakable NYC drawl with unmatched prowess on the ukulele, she makes a direct connection with all her listeners who feel imparted with all the many interesting tales told through the music.

Playing an exciting upcoming date at KOKO in London on Monday 24th of April, perhaps this will finally be the time with British audiences catch up with the rest of the world and join in with something special.