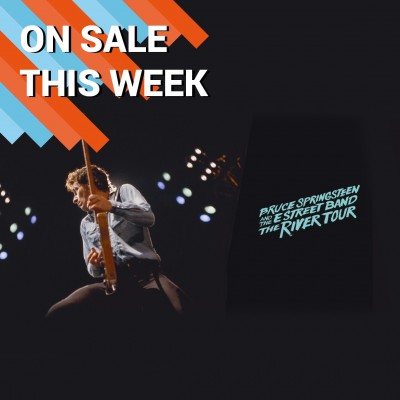 Gigantic always have the hottest tickets. So let’s have a look at the best things on sale this week.

First up Status Quo have announced “The Last Night Of The Electrics” tour.

It’s hard to believe but this might be your last ever chance to see the Quo strutting their stuff as a fully amplified band.

So don your double denim and get down down, deeper and down!

Next up we’ve got Bruce Springsteen and the E Street Band.

Having recently released the 35th Anniversary edition of “The Ties That Bind: The River Collection”, Springsteen returns to the UK to play another marathon performance including tracks from the classic 1980 album plus many more hits.

Isle Of Wight Festival 2016 have just announced their headliner for Saturday night will be The Who!

The Who are the perfect headliners having made the Isle Of Wight Festival famous with their blistering performances there in 1969 and 1970.

They will also be joined by special guest Richard Ashcroft performing from his brand new album These People.

Click HERE to buy your tickets for Isle of Wight Festival 2016.

No British summer would be complete without seeing Madness.

Clapham Common will be turned over to Suggs and his ska heroes for the Monday Bank Holiday on April 29th.

They will be joined by very special guest; Lee “Scratch” Perry.

Also appearing will be Toots And The Maytals, David Rodigan, UK All Stars, Mike Skinner, Ms Dynamite and many more.

Tickets are on sale HERE.

Also on sale we have Kenny Rodgers, comedian Jon Richardson, Sugarhill Gang, Soul II Soul plus many more – all available through Gigantic.