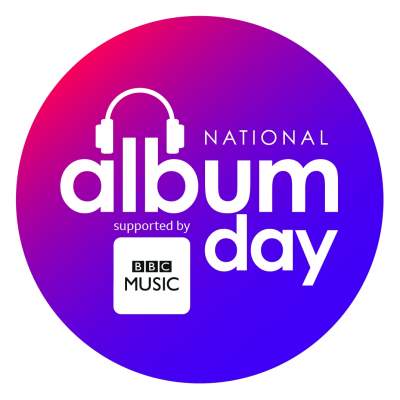 The first ever National Album Day will take place on Saturday October 13th, marking 70 years since the first ever pressing with the public being encouraged to take some time out and listen to any album of their choice at 3:33pm (Of course!).

Supported by BBC Music, National Album Day is the first dedicated mass celebration of the format which first came to be in 1948 as vinyl LP records spinning at 33 1⁄3 revolutions per minute, becoming popular with the advent of blues and rock and roll the following decade.

Initially little more than a collection of tracks by a specific performing act, the album truly came of age in the 60’s when band’s like The Beach Boys recognised that they could immerse the listener in a sequence of songs that would act like a self-contained experience which maintained themes and ideas, as first heard on Brian Wilson’s seminal masterpiece ‘Pet Sounds’ which forever changed the course of popular music.

However, as technology developed so did the way people listen to music and the invention of MP3’s, personal playlists and the internet changed people’s behaviour. With the impetus being placed upon urgency as people would now skip to their favourite track and streaming devaluing music as a commodity, record companies began to invest less in the time and effort to create albums in the manner they had been for decades and placing far more emphasis on big singles. This was mirrored by performing artists who began to feel the pinch, finding that they saw more return in playing gigs, festivals and selling merch rather than spending extending periods and resources in the studio. With the public’s patience appearing to be continually eroding, it seemed like there was no real appetite for twelve tracks or so, lasting approximately forty-five minutes.

Fortunately, good music will always prevail, and dedicated acts continued to write and release material which required a little bit of time and space to truly enjoy. And with the comeback of vinyl which has become a major medium once again, assisted in no small way by dedicated by schemes like Record Store Day, the album has re-established itself as a vital way of appreciating music.

At Gigantic, we are passionate about music. And so, we want to let you know all about the albums that will be getting played round at ours. We would love to hear what you will be playing, so be sure to tell us in the comments below!

“It was the first album I owned & some of the songs on there have been the answer to everything I have needed at that time!

There’s few albums I love every song start to finish but this is definitely one. Also, the opening song ‘rock n roll star’ is without a doubt the best song to put on when you’re getting ready to go out!

“Isn’t a day I couldn’t listen to this record, it has a song for every soul.”

“I have been listening to Hardcore Superstar for about two years now and after seeing them perform at O2 Academy Birmingham in November 2017, they instantly became one of my favourite bands for sure. This is their newest album that was released 21st September and to be honest I haven’t sat back, relaxed and just listened to the album in full. So, this is a great idea from the BBC to do so!

“I would find it difficult to choose a ‘favourite’ album, but this is a great album that I have consistently enjoyed over the years; every listen gives something new.  It merges wholesome folk-influenced song writing, with somewhat gloomy jazz arrangements and it became a gateway album, if you like, to a lot of the music I now listen to, yet still holds firm amidst the other discoveries.

I love John’s guitar work with Richard Thompson providing something extra, and Danny Thompson on double bass - who regularly featured on most of my favourite records from that time!  Alongside the extraordinary arrangement and musicianship, the songs stand true to John’s philosophy of ‘pulling people back to this heart thing’ rather than thinking too much, which has always resonated with me. The whole album exposes such raw emotion without being overly complex, and the simplicity has always been so inviting.”

"Seen as though it’s National Album Day, I am choosing to go for a full-length record that doesn’t have any singles and should really only be played in its entirety; ‘Spiderland’ by pioneering Chicago band Slint which was released in 1990 by Touch And Go. The second of their two albums, it is considered a landmark LP which played a massive part in the advancement of post rock, math rock and emo.

Dark, eerie and atmospheric, ‘Spiderland’ continually wracks up the tension with twisted and angular guitar riffs, irregular yet hypnotic rhythms, pregnant pauses and sporadic screams of frustration. Something about this record feels very autumnal and it’s a favourite of mine to play around Halloween."

“The first time I heard it I was stuck on a coach back home from Amsterdam for 12 hours and trying to drown out my seat-neighbour’s snoring with my friends iPod. It was just an eerily perfect soundtrack to watching Europe pass by, and long before listening to Cohen or properly getting into Dylan it was the first time I’d heard real, intelligent poetry put to melody (perfectly constructed and beautifully executed melody too).

So, it’s one of those time-and-place albums for me that just puts me right back into that thoughtful, window-gazing headspace I first heard it in.”