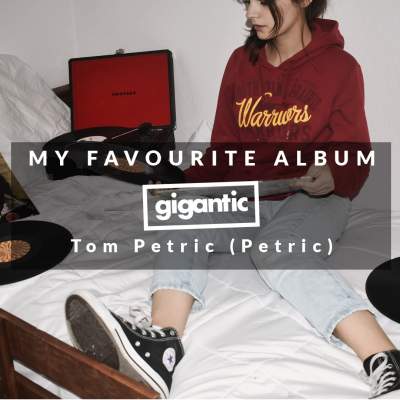 My Favourite Album is a revealing insight into the records that have inspired musicians and key figures in the music industry, giving a glimpse into the profound changes the music has had on their lives. This week we talk to Tom Petric; singer from Canadian pop country trio Petric.

A band of brothers; Petric unites siblings Jason and Tom Petric with their close friend Jordan Clay. Shortly after forming in 2015, they were spotted and championed by JUNO Award winner Dallas Smith whose influence help raise their profile and steered them towards a staggering 12 million streams. Since then, they have been nominated Best New Artist at Country Music Week and featured at such major festivals as Boots & Hearts, Cavendish Beach Music Festival, the Calgary Stampede and the Big Valley Jamboree.

The boys are currently busily preparing to drop their eagerly awaited debut album Flashbacks. Produced by Grammy nominee Chris Basford, whose worked with such huge Canadian legends as Nickleback, Avril Lavigne and Meghan Patrick, you can expect nine tracks of modern country, impassioned ballads and energetic songs all bursting with pop appeal.

Rousing and passionate, check out their incredible string of powerful singles on their first full length record. Included are heartbroken love song “If I Was Your Man”, triumphant track “Déjà Vu” and adventurous anthem “All Who Wander”.

Flashbacks is released on January 13th.

I would have to say my all-time favourite album is Be Here by Keith Urban.

The first time I ever heard this album was Christmas Day in 2004. My mom bought me the album for Christmas and from that point I fell in love with country music.

This album means a lot to me in so many different ways. It’s the album that introduced me to Keith Urban, and country music. Also, every time I hear this album, it brings me back to my childhood. Every camping trip with my family we would play this album on the way to the lake.

16 years later I have such a different reaction and appreciation to each song. I’d have to say my favourite song on this record is "Tonight I Wanna Cry". Just the hurt and vulnerability in his voice throughout that song is incredible. The crazy part is seeing him sing this song live is incredible cause he carry’s that hurt into his performance. AMAZING!!