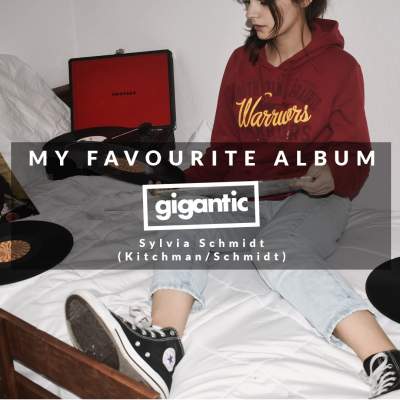 My Favourite Album returns with a stirring contribution from singer / songwriter Sylvia Schmidt; one half of folk pairing Kitchman/Schmidt.

Born out of the fertile London jazz scene, vocalist Sylvia Schmidt and guitarist James Kitchman combined their considerable talents to form Kitchman/Schmidt having discovered a mutual love of John Jacob Niles, the renowned composer credited with spurring the American folk revival in the 50’s and 60’s.

The pair have played on the stages of such iconic venues as Queen Elizabeth Hall, Ronnie Scott’s and Union Chapel and can frequently be found starring on the international festival circuit – they have even performed at the BBC Proms!

This month sees the release of their album ‘As Long As Songbirds Sing’ – the extraordinary 13 track record is an evocative reinterpretation of folk songs from the Appalachian Mountains. Their fresh take on traditional styles and sounds embraces pastoral   English, Scottish and Irish music  and explores the fusion of African-American culture.

‘As Long As Songbirds Sing’ is self-released by Kitchman/Schmidt on Friday 27th November. CLICK HERE to pre-order your copy.

I switched from training in classical to jazz voice at the age of 16. Hooked by this intriguing new world I searched for interesting looking albums in the "Jazz Collections" section at my local record shop in Loebau, Germany. Often chosen simply by the cover, I ended up with a curious collection of records from Cassandra Wilson to Klaus Ignazek Trio and Aziza Mustafa Zadeh. My favourite, however, was a Nancy Wilson compilation album that I found - out of all places - in the cheap CD section of my local drug store (these are comprehensive German stores that sell you everything from shower gel and baby nappies to photo albums, candles and CDs). The compilation combined the albums 'Something Wonderful', 'All Of You' and her famous collaboration record with Cannonball Adderley. I love them all, but having to choose one, 'Something Wonderful' holds most of my favourite tracks.

Nancy Wilson had this way of telling stories that was so understated and true, yet so incredibly emotional when she wanted to be - like the kitchen-sink realism that is occasionally blown up by a breath-taking cinema screen landscape. It comes out of nowhere and hits you straight in the core. It felt like the closest reflection of my personality and the kind of performer I wanted to be. To this date, Nancy's voice and performance affect me deeply, like no other jazz singer's, and there is no doubt that her style has massively influenced the way I perform and relate to music.

‘Guess Who I Saw Today’

My absolute number one song on this album is 'Guess Who I Saw Today'. The sweet and innocent tone and the measured pace in which Nancy tells this everyday story is impeccable. What a dramatic arch! However, I should refrain from repeating my favourite lyrics here, as it would ruin the punch line.

This song is such a 'dance jazz-hand waving across your living room' track. The swinging drive Billy May's orchestra creates is full of joy and excitement with Nancy effortlessly riding the cynical lyrics on top. It reminds me of the buzz I felt when first living in London and is a perfectly ironic, but light-hearted reflection of the extreme contradictions one encounters living in a big city like this.

If ever you're restless and you’re feelin' low,

Don't think that the city is the place to go!

Well, I'll tell you one thing worth thinkin' about,

If you come in be sure you can get back out!

The great city's playboys, they're always around,

To help build your hopes up, then help drag you down!

They'll leave you with nothing worth singin' about,

'Cause when you're in it's so hard to get back out!

Ten million people, and each one standin' alone!

You're caught in a whirlpool of east side cafes,

Where life is a cocktail of beads and berets!

And blues are the main things you're drinkin' about,

'Cause now you're in and now, now you won't back out!

This album is labelled as Easy Listening and it sure would be the perfect backdrop to a dinner party, but given full care and attention, it is so much more than that. It is a true masterpiece.