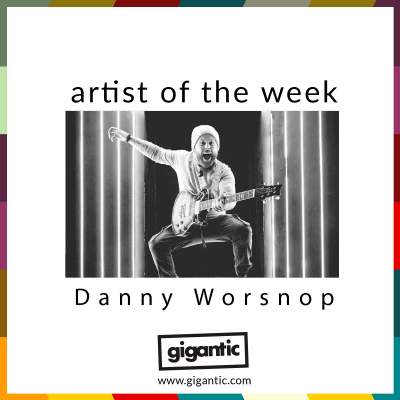 While most with recognise the name Danny Worsnop as the singer providing the powerful vocals for metalcore band Asking Alexandria; the past three years have seen him embark on a successful solo career which has seen him shed unbridled fury in favour of a country rock orientated sound as heard on debut album ‘The Long Road Home’ and ‘Shades Of Blue’.

Always an impressive performer who is constantly seeking to expand his seemingly boundless talent, Worsnop also sings for We Are Harlot?

Beverley born singer Danny Worsnop rose to fame as the face and voice of North Yorkshire metalcore band Asking Alexandria. Their uncompromising sound and controversial lyrics as heard on albums Stand Up and Scream (2009), Reckless & Relentless (2011) and From Death to Destiny (2013) would establish a committed fanbase that stretched outside the UK with devotees across Europe and the US.

Feeling that he wanted greater creative control and that he wanted to stretch his abilities, Worsnop would temporarily leave Asking Alexandria in 2015 to focus on his own band We Are Harlot? before re-joining nearly two years later. Emboldened by the decision, Worsnop’s ambitions grew as did his scope for embracing new sounds as heard on later on the eponymously titled Asking Alexandria album and ‘Like A House On Fire’ – released this year!

However, Asking Alexandria would always remain firmly rooted in an aggressive stance which Worsnop would find somewhat limiting, wanting the freedom to explore more musical avenues than currently available to him. In 2017, he released his first album as a sole artist ‘The Long Road Home’ which would surprise fans by taking a new direction and would see him adopting a truly soulful country sound that would reveal personal battles with alcoholism, depression and drug addiction.

Last year saw the release of second solo album ‘Shades Of Blue’ which developed his new direction even further, incorporating a more mainstream feel into his pop country style.

Released ahead of his tour next year, Worsnop has reworked the classic Frank Sinatra single “Fly Me To The Moon” and released it as a touching and impassioned single which has to be heard. Make sure you grab tickets with Gigantic to see Danny Worsnop tour next year!