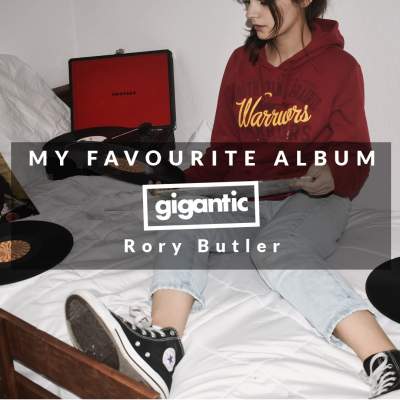 Joining us for #MyFavouriteAlbum is up and coming acoustic singer-songwriter Rory Butler. The young Scottish songsmith has worked prodigiously, seeing tremendous early success with his single ‘Black and Blue’ reach over 800,000 streams after being listed on Spotify’s New Music Friday playlist elevating him to #6 in their viral chart.

Proving to be a formidable performer, he has already opened for such prestigious acts as Paul Weller, John Paul White (The Civil Wars), Richard Thompson and Lucy Rose. No wonder he has attracted widespread praise with BBC Scotland dubbing Butler as “The most exciting Scottish talent to emerge in recent times”.

This month has seen the release of Butler’s incredible debut album ‘Window Shopping’. A culmination of a lifetime of playing can clearly be heard in the deft guitar and intricately nuanced songs, as recorded in his father’s basement studio where the pastoral vibes can truly soak into the music.

Included on his inaugural LP is the beautifully sentimental single ‘That Side Of The World’ which is accompanied with an animated video as imagined and created by Sweden-based artist Cameron Watt – a long-time friend from his Dumfriesshire home and trusted collaborator who also painted the vivid album cover.

‘Window Shopping’ is out on Vertical Records right now and is available to buy on CD HERE.

‘Dancing in the Dragons Jaws’ by Bruce Cockburn

It’s a been a favourite for such a long time that I honestly don’t remember the first time I heard it… It’s from the 70’s so It’s a fair guess that I first heard it pumped through the big speakers by my old man.

It played a really big part for me learning how to play the guitar.  At that age I was never disciplined enough to learn how to read music so always figured things out by ear. I did that a lot with Cockburn’s stuff, listening loud to try and hear which of the strings sounded like open strings to figure out his alternate tunings. His picking patterns move so rhythmically. His style is very hard to emulate, but I always enjoyed pretending that his style was in keeping with my own instincts as a guitar player.  There is obviously a really strong nostalgia for me with Bruce’s albums. I often wonder how I would hear them if I had the chance to listen again for the first time.

It kicks off with ‘Creation Dream’. From the outset this is a good example of one of Cockburn’s guitar styles I’ve tried hard to perfect. Four on the floor on the bottom string with your thumb while letting the rest of your right hand get on with it. Separation of right hand and vocal freedom is something he is great at, and something I’ve been inspired to work hard on.

A must listen is ‘Wondering Where the Lions Are’. He loves to start off with a secluded guitar part and then drop a big lazy kit groove on top and this is a classic example. The simple production for much of this album was something I wanted for my first record. Guitar, Drums and Bass sitting round a table with a few harmonies at the bar.

Only that next time it’s a sunny day and the friends are over and you need some vibes whilst cooking something delicious, get this record on. Chances are someone will ask you what’s playing.