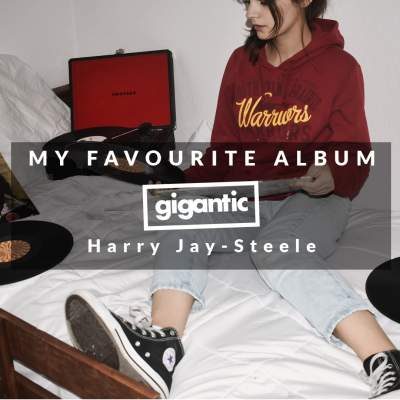 Gigantic is back with another edition of My Favourite Album and we are joined by rising star; Harry Jay-Steele!

Combining playful guitar with poetic lyricism, the music of East London based songwriter Harry Jay-Steele embraces the wonderfully eclectic meld of cultures as seen and heard on the capital’s streets.

This year sees the release of Harry’s debut album ‘Boundaries’, which is eagerly awaited by a growing number of his fans. Recorded with the aid of drummer Jim Macrae and co-producer Jordan Rakei, look forward to hearing Harry’s unique blend of soul, Afrobeat and indie all interwoven with adventurous electronica and deft guitar work.

‘Boundaries’ is released on Friday 4th of December via Naim Records – CLICK HERE to pre-order your copy.

It's a perfect meeting place of folk roots (Flamenco), pop and Electronic music, it's all highly original, fresh sounding and distinctive, it means that music with mass appeal can still be tasteful and successful at the same time which is great to see.

The album is about a toxic relationship, inspired by an anonymous Occitan novel from the 13th century called Flamenca. de aquí no sales (cap.4: disputa).

Reflects a jarring turning point in the story behind ‘El Mal Querer’, which depicts a marriage ridden with abuse in which ROSALÍA takes on the role of a controlling spouse, who, in jealous fury, locks his lover away in a tower.

This is the English translation of the verse:

I've sweet-talked you for so long
And you're forcing me to make sure
That you don't leave from here.

ROSALÍA has gone to score a string of much more commercial hits with big Latin artists which are great in their own right, but I hope she's brewing up a second solo album, an honorary sequel to what was surely my favourite contemporary pop album I've heard in years.