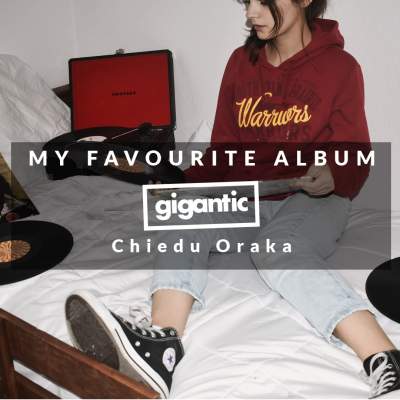 My Favourite Album talks to the most inspiring musicians and key figures in the industry about the records they love, and this week we are joined by new grime legend Chiedu Oraka!

Leader of the Lockdown collective, Hull based rapper Chiedu Oraka tags himself as “The Black Yorkshireman” as he unleashes his raw and unflinching account of working-class life of Nigerian descent in the north. Turning his rough realities into powerful stories, his tracks are in his home studios together with producer James 'Deezkid' Danville and accompanied by seriously high-quality videos which always outshine any releases on a major label.

His DIY approach and uncensored attitude connects directly to listeners right across the U.K., with the likes of Toddla T, Jeremiah Asiamah and Sian Anderson all calling themselves fans and featuring him on their BBC Radio 1 shows. His unique style and indomitable spirit have seen him selected by MOBO to access the Help Musicians Fund, a clear indication of the importance of this vital young musician.

Continuing his rise to the top, Chiedu has just dropped “Foot Off the Gas” which is his third single of 2021! His latest offering deals with the jealous backlash his meteoric success has caused, and his refusal to bend or break to their petty insecurities.

Jheeze, what doesn't this mean to me. I used to listen to it every day for about two years. It gives me instant nostalgic vibes when I put it on now. It reminds of house parties, anti-social behaviour and trying to crip walk in my living room. This album is the definition of feel good music. The production, the lyrics and the slang is sensational. Absolute masterpiece from top to finish. There isn’t a bad song on this album.

I mean it’s so hard to pick because I like all the songs on the album. But if I have to pick 5 stand out tracks I would say; “The Watcher”, “Xxplosive”, “Let’s Get High”, “Murder Ink” and “What’s the Difference”. I’m not going to give you my favourite lyrics because I’ve been sat here scrambling for about 2 hours and there is too many sick lyrics on this project. What I will do is give you some my favourite verses. Xzibit and Eminem verses on “What’s the difference” are so legendary I think I know them word for word. Dr Dre performance on “The Message” is flawless. It’s such a deep track and the lyrics really hit home. Also Ms. Roq verse on “Let's Get High” is an instant reload, she kills it.

Make sure you check out my brand new single “Foot Off the Gas” which is out now on all digital platforms https://snd.click/FootOffTheGas