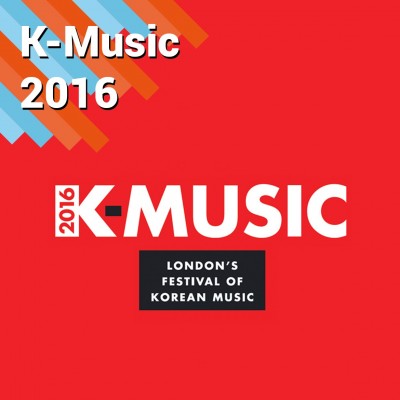 Making a welcome return this autumn, K-Music once again offers an exciting glimpse into the rich and varied musical landscape of modern Korea. Taking influence from the ancient past but embracing the latest in sound technology, the greatly varied acts taking part each offer their own unique voice and expression.

The festival includes a wonderful series of live shows spread across September and October at various London venues. Tickets are available for each separate performance and there is also a Festival Pass which enables festival goers to enjoy each of the special performances at a discounted price.

We spoke to Director of the Korean Cultural Centre Hoseong Yong who is instrumental in the organisation of the exciting cultural experience.

Tell us how K-Music Festival came about?

It is fascinating to discover how much Korean music today is shaped by other forces – there is a strong spiritual dimension, a tradition that stretches back across millennia yet always inspires new creation, and a profound appreciation of the visual setting in which music is created. With this in mind, in 2013, we introduced the UK audience to Korean music through our inaugural K-Music Festival that is beyond the stereotype such as Psy’s Gangnam Style or ‘idol’ groups who are famous for their performance with almost military precision.  In short, we hope that the K-Music Festival can be an introduction to music from Korea, with distinct and electrifying events from all across the musical spectrum.

If you were to recommend some acts for someone to check out who know nothing about the Korean Music scene what would you tell them to go and see?

I’d say Jambinai would be a good start to get to know Korean music in both traditional and contemporary forms. They apply traditional Korean instruments to Western notes to create this amazing genre-blurring sound. With Korean fiddles, massive zithers blended with glorious lyrical guitars, it is all about a conscious sense of using the tradition to create something thrillingly new. On top of that, if you are a fan of rock and alternative sounds you will be pleased to see Jambinai on stage as they are ready to wow audiences as they were the sensation last year. Jambinai will perform at Oslo Hackney on Monday 3 October.

With the global success of K-Pop do you feel this aids the development of Korean culture into the Western world?

Today, K-Pop idols have gone international, performing concerts from Rio De Janeiro to Paris, and Los Angeles to Bangkok. One can conduct a simple internet search and find the lyrics to K-Pop songs translated by fans into Arabic, French, Vietnamese and more. It's clear that the influence of K-Pop would carry a firm grounding in the development of people’s fascination of Korea in general as well as understanding of Korea’s history, culture, language, food, and many more interesting areas.

Which show are you are most looking forward to seeing on stage during K-Music?

Every show would be wonderful in its own shape. I encourage you to join us for as many shows as you can. Youn Sun Nah, who will be on stage for the opening of the K-Music Festival on 20 September in the Union Chapel is one of them. She’s one of Korea’s great jazz vocalists as Le Monde once described her as having a “magnificent voice and passionate originality”

Aside from the acts playing over the week can you recommend any other elements of Korean culture to our readers (other bands, movies, theatre)?

I’d like to take this opportunity to recommend Korean literature to Gigantic readers. As many of you may have seen, Han Kang's ‘The Vegetarian’ has won the 2016 Man Booker International Prize. The novel is about a woman who "wants to reject human brutality" and gives up eating meat. There are many great Korean writers and poets out there including Ko Un, and many of their beautiful words are available in English translation.

Tickets for K-Music are on sale now. Their fantastic events include: