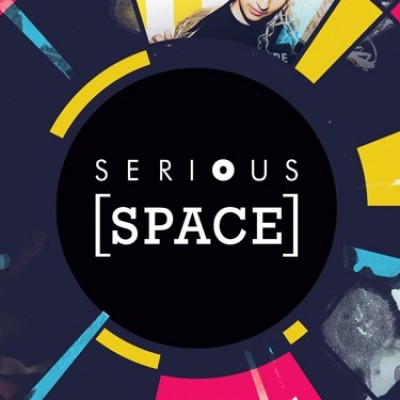 Gearing up for a third fantastic year, Serious Space is a premier music festival offering you a chance to hear the future direction of music. All attending can expect to enjoy a great selection of collaborations, premieres and commissions of fresh and edgy emerging talent bursting out of the developing scenes in the UK and further afield.

This year Serious Space showcases the innovative work of a wide range of artists at the independent multi-art venue Rich Mix. The crucial 62,000-foot space normally plays host to a wide range of events including theatre, dance, spoken work and comedy as well as music gigs plus a three-screen cinema. Rich Mix can on Bethnal Green Road in East London.

We take a look at some of the exciting acts they have lined up for 2017.

Party beat electronica collaboration Throes + The Shine is the unification of Porto rock and roll band Throes and Luandian kuduro rhythm act The Shine who fuse their influences to create a sound they describe as RocKuduro.

The cultural melting pot produces an energetic performance and up tempo infectious music which always throws all attending revellers into a dance frenzy. Perfect for those up for a big night out.

The folk music of Maarja Nuut has an exquisitely ethereal quality. The intricate layering of gentle vocals sung with a soft Estonian tongue is combined with elements of traditional folk from her homeland whilst also using contemporary electronic instrumentation.

The result is a bold experimentation of minimalist music which allows her to reveal the truly engaging qualities of her humanity. By tapping into the traditions of the pre-war past she creates a vital sound for the future.

The sombre romantic work of Adam Naas has made a massive impression on critics around the world. The French musician applies his distinctive voice to write mature pop as featured on his new eponymously titled EP.

Dripping with soul, the singer creates an intimate atmosphere whenever he plays. Engaging the audience and drawing them in with the power of his obvious sincerity which always makes for intense performances.

LA based feminist activist Madame Gandhi is “a drummer whose mission is to elevate and celebrate the female voice.”  Her percussive hip hop is tinged with a welcome looming darkness. She first came to the fore as a former drummer for electronica extraordinaire M.I.A. and has recently released an EP entitled Voices.

Her complex vocal delivery deconstructs gender norms and looks forward to a post patriarchal of equality which is delivered through a satisfying bass heavy beat with her sets complete with live drumming.