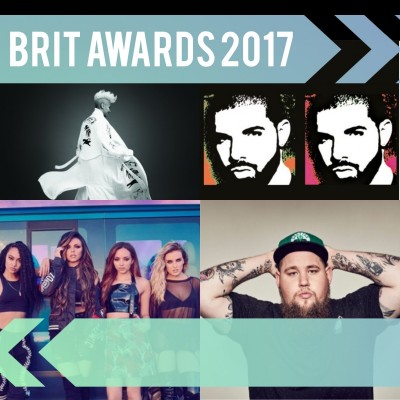 The Brit Awards are the biggest music industry award ceremony in the British Isles. They were held last night at The O2 in London and celebrate the very best contemporary artists from England, Scotland and Wales whilst also recognising top talent from the international arena. The show featured a monumental performance by the king of entertainment Robbie Williams who was crowned with the Global Icon Award and a live appearance from grime master Skepta plus a collaboration between Ed Sheeran and Stormzy.

Often the centre of some controversy plus rock and roll shenanigans, previous Brits have seen Jarvis Cocker of Pulp stage invading Michael Jackson’s pompous self-indulgent performance, Ant and Dec being photobombed by model Sadie Pinn clad in fetish wear, John Prescott being dunked with a bucket of ice water by Chumbawamba’s Danbert Nobacon and that excruciatingly awkward year when Samantha Fox and Mick Fleetwood were somehow deemed the perfect pair to host.

This year, the Brit Awards chose to celebrate the creative genius of David Bowie who was posthumously awarded both British Male Solo Artist and MasterCard British Album Of The Year for his final studio album release; Blackstar. Bowies son, director Duncan Jones collected the award for the album from Noel Gallagher in his stead. Jones made a fitting tribute to a father who was ever the champion of the outsider and dedicated the award “To all the kooks and all the people who make the kooks”.

Other acts lucky enough to take home something new for the mantelpiece include Mancunian indie pop band The 1975 who won British Group, pop phenomenon One Direction taking home the award for British Artist Video with History, hip hop heroes A Tribe Called Quest who won International Group, Queen Bey aka Beyoncé was named International Female Solo Artist and the hugely charismatic Adele who was winner of Brits Global Success Award.

Naturally, we always have all the essential gig tickets so you too can be a winner and enjoy the best of the Brits with Gigantic!

Soul singer Emeli Sandé constantly thrills the critics with her experimentation with arrangements leading to remarkable music which has made her a massive commercial success with albums Our Version Of Events and Long Live The Angels.

Catch her playing smaller stages in March before hitting the arenas in October.

Brighton lad Rory Graham know better as Rag’n’Bone Man draws on his lifelong love of drum and bass plus hip hop and combines it with blues influences to create something truly unique. This is his second Brit Award after previously taking the Critics’ Choice.

He plays a tour in spring and appears at Lovebox 2017 at Victoria Park in London.

Best Single: Little Mix – Shout Out To My Ex

Shout Out To My Ex is the huge smash hit single for The X Factor winners Little Mix. The song debuted at #1 upon release on 16th of October 2016 and is taken from their Platinum selling album Glory Days which also topped the charts.

Their summer tour is selling out fast so you better book your ticket quickly!

Canadian star Drake is no stranger to award ceremonies having previously taken home a Grammy for his second album Take Care plus three Juno Awards and a further six BET Awards. The pioneering musician and producer was the first artist to ever break 1 billion streams on Apple Music with latest album Views.

Join him on The Boy Meets World tour which is currently underway.