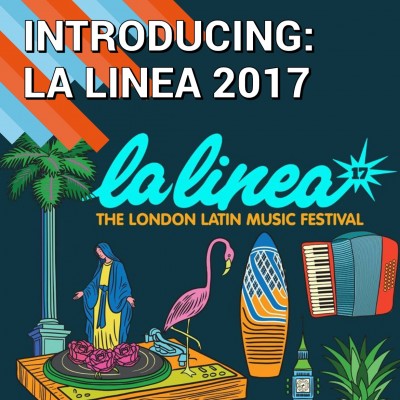 La Linea, The London Latin music festival, is an eclectic celebration of Latin music and culture. Known for bringing together the very best in contemporary Spanish and Portuguese artists, La Linea unites Latin rhythms with fiery passions to play host to the incredible musicians that push forward into the twenty first century.

Since being first founded in 2001, the respected festival has grown to host ever more world class acts and earned international recognition as an annual focal point for Latin musical talent and attracts admirers from across the globe.

So, before you join the fiestas we bring you a rundown of some of the exhilarating events offered at La Linea 2017 in April.

There is no bigger star than António Zambujo in his homeland of Portugal. The charismatic charmer possesses the rare talent to captivate an entire audience and yet feel like he is singing to each member individually. Zambujo has carved a career by creating his own distinct sound skips between Fado and the traditional music of Alentejo.

He plays material from his new album Até Pensei Que Fosse Minha (I Even Thought She Was Mine) which is a tribute to the songs of the great Brazillian singer Chico Buarque at Cadogan Hall in London on Friday 21st of April.

Fusing a marvellous melting pot of cumbia, mambo, indie and Tex-Mex psychedelia whilst all dressed in well-cut suits; Orkesta Mendoza offer addictive rhythms whilst looking effortlessly cool. They are led by their Mexican American kingpin Sergio Mendoza who is renowned for his work as an arranger and producer plus famed for founding Mexrrissey

Taking place at Rich Mix on Friday 21st of April, the night opens with a support set from DJ Scratchy before Mendoza treats the audience to a wonderful evening of his mambo masterclass. Be there!

Brothers José and David Muñoz are two halves of the perfect partnership Estopa. Tapping into elements of rock, rumba and flamenco, Estopa have dominated the charts with hits like El Run Run, Cuando Amanece and Con La Mano Levanta. The Spanish siblings take their band name from their old bosses slogan ‘Dale Estopa a la maquina’ meaning ‘Crank it Up’ that he would declare while they worked in the car factory. They now direct that endless energy into their music.

Genre defying piano prodigy, composer and band leader Eliane Correa is the freshest new sound to emerge from the sunkissed island of Cuba. Drawing on Afro-Cuban roots and folk music, she pushes forward the possible and brings a new groove by adding batá drumming to create a whole new take on what Latin music is.

Before Correa takes to the stage the night will be opened by The London Lucumi Choir as led by Martha Galarraga. It all takes place at Rich Mix on Saturday 29th of April.