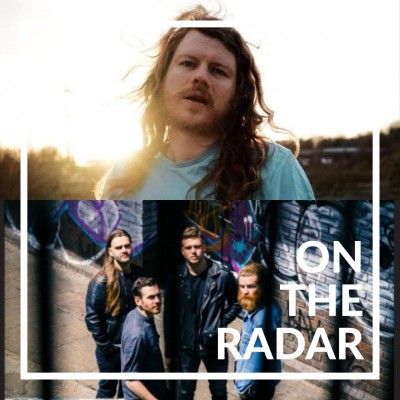 Laden with passion and tapping into a sense of adventure and wanderlust, there is a new band capturing the hearts of the young. Gareth Thompson (Drums), Will Irvine (Vocals, Rhythm Guitar), Jimmy Hunter (Lead Guitar) and Chris Clark (Bass) are Hunter & The Bear.

“We decided we need to make music that we love, and if other people love it, it is a great bonus. If you find yourself trying to write to a brief of what people might like, that is never going to be a recipe for a good thing.” - Will Irvine

They take their ques from the power of post millennium rock, yet have learnt their lessons from classic rock songwriters of the 70’s and have played support for the one and only Eric Clapton at his recent run of UK shows.

“It was unreal playing before 13,500 people, which was about ten times more of a crowd than we had ever played to before. But we’re about building on that. I’m not talking about a goal of playing for huge crowds but to make the best music that we can make. We’re about doing what we believe in and not following whatever trends are out there at the moment. We want to hit people hard (sonically) and put our voices together to make a sound that only we can make.” - Will Irvine

Their debut album ‘Paper Heart’ draws on all these influences and expands on them, giving them an added dimension of emotional weight to create an expansive anthemic feel. Released in May of this year, it has already become the subject of widespread positive press attention with many publications keen to put them front and centre after their first LP rose to Number #7 I the iTunes Rock Chart.

The London based lads are currently preparing to hit the road to promote ‘Paper Heart’ with extensive touring throughout November. Plus, they are already arranging shows for the new year. Catch them when they play a stage near you!

Following on from his work with the closet success of The Edible 5ft Smiths and in addition to currently leading The Holy Orders who are widely ascribed as ‘the best band in Hull’, cult icon Matt Edible strikes out on his own – with a little help from The Obtuse Angels.

Having unapologetically pursued the nastier side of alternative rock with The Holy Orders, Matt now returns to a sound more akin to the indie pop that came from the later years of the Edibles – expanding on his panache for endearing stories of love tainted by dark undercurrents of drugs, death and scatology.

After last year’s brief introduction to his solo work, the rabble rousing ‘Advent Beard’, comes his country inflected stylised pop number; ‘Jumping Houses’. Like a Bond theme that was written in a Nashville garage, the song explores the precarious love between two parkour practitioners by detailing the pitfalls of lust and the inevitable fall which comes with heartbreak.

The video sees Matt bathed in golden sunlight with the mighty Humber Bridge behind him. Angelic in appearance, he leaps from makeshift minute concrete ramps found in the wastelands close to the estuary in his own unique imitation of the urban athletic sport.

“The director Josh Moore actually has a great reputation for shooting extreme sports videos and the like, so we thought it would be funny to put one of the least athletic people I know - me - into that scenario.”

Do not miss Matt and co. showcase ‘Stargazing’ with a headline show taking place at Hull’s finest venue; The New Adelphi on Thursday 23rd of November where he receives a hero’s welcome playing to a home crowd. CLICK HERE for your free copy of ‘Jumping Houses’.