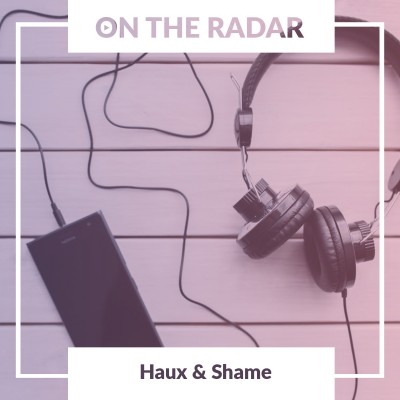 Massachusetts-born yet London based singer/songwriter and producer Woodson Black is better known as Haux. Taking a hazy dreamlike song structure and layering it up with a wide palette of electronica methods and slick production values, Black produces a sound which has the emotive heart of folk, the plush feel of pop and the deep emotive charge of house music.

Perhaps the dense yet magical feel of his music is owed to his formative years being spent in the lush beauty of Berkshire. It certainly does feel that the magnificent countryside has informed the aesthetic of his work. And it isn’t a huge stretch of the imagination to believe that the cutting edge electronic influence came from his years studying at Northeastern University in Boston followed by an internship for a label in London where he was exposed to a wide spectrum of sound, also writing for numerous music publications.

Energised and well informed, Black began producing his own music and in 2016 released his debut EP ‘All We’ve Known’.  Chilled yet awash with emotion; ‘All We’ve Known’ was expansive and ambitious, giving all the signs of an experienced and accomplished songwriter despite being Black’s first real release.

This year has already seen the release of two essential singles, the nervy yet compelling ‘Heartbeat’ and ‘Ricochet’ which is somehow rousing despite its sombre rooting. The two tracks point to the imminent release of his first full length Haux album, which we eagerly await.

Rapidly growing from South London upstarts to becoming the band you everyone is bragging about loving; the breakneck acceleration of post punks Shame has been astonishing to say the least. However, facile media inventions they certainly are not as they continue to prove themselves with each new lacerating record targeted the powers that be plus their electrifying live performances.

Benefitting from the prominent media glare of their immediate surroundings, Sean Coyle-Smith,
Charlie Steen, Eddie Green, Charlie Forbes and Josh Finerty were quickly spotted by an ecstatic music press enthused by their socio-political agitational lyrics, raucous shows and an uncanny knack for soundbites. It wasn’t long before they were signed to independent label Dead Oceans despite all being in their early 20’s.

They kicked off 2018 with the release of their Top 40 debut album ‘Songs Of Praise’. Their first full length was well received, being appointed Rough Trade’s Album Of The Month with all major music publications uniformly giving them a widespread critical acclaim. The first taste of the ‘Songs Of Praise’ came with the boisterous sing ‘One Rizla’ which was accompanied with a hilarious video.

“Embracing insecurity as a strength is what this song is about. It's the first song we ever wrote as a band and I think that's reflected in the simplicity of it. It's honest and raw, whilst attempting a stab at number one in the pop charts across the eastern hemisphere. We wanted to turn the album artwork into the video for ‘One Rizla,’ highlighting our vulnerability as individuals whilst paying homage to Withnail & I simultaneously.”

It was subsequently followed by ‘Lampoon’ which continues the band’s constant self-questioning. 150 seconds of rattling guitars, pulsing bass and frenetic bursts of energy ensuring each of their upcoming gigs explode.

Shame are touring exhaustively this year and yet rapidly selling out each date, highlighting just how in demand they really are. Make sure you catch them as they make 2018 their year.

They will also be making a number of festival appearances this summer, including Citadel at Gunnersbury Park in London on Sunday 15th of July plus Leeds / Reading Festival which takes place at their respective sites from Friday 24th until Sunday 26th of August.