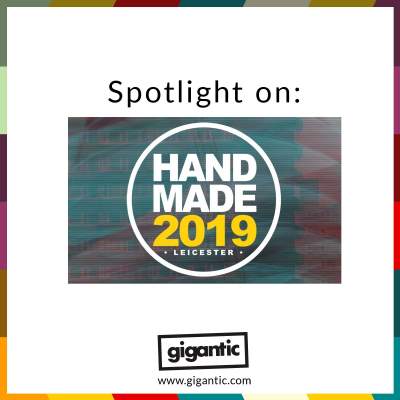 Sunday 5th of May sees the return of Handmade! With headliners including indie electronica extraordinaires Metronomy, post punk revivalists The Futureheads and experimental post rock champions MONO, the independent music and arts festival held in the city of Leicester is the only way to spend your bank holiday weekend.

First started in 2013, the festival has grown to become one of Leicester's most exciting cultural events by inhabiting the various excellent venues and unusual spaces to exhibit art, film and photography plus present live music and comedy.

Expertly curated by an experienced team of local promoters and venue owners, Handmade is the perfect choice for the discerning listener with a passion for live music and often is an early indication of how the year ahead will sound. Previous attendees have included such sensational acts as Slaves, Drenge, IDLES, Circa Waves, Frightened Rabbit, We Are Scientists and more.

Gigantic is very excited to be able to offer you tickets for Handmade 2019. So, join us for a closer look at some of the superb names performing next month!

Topping the bill for Handmade 2019 are nu disco sensations Metronomy! They burst onto the scene with the release of debut album ‘Pip Paine (Pay the £5000 You Owe)’ which was wonderfully eclectic and experimental and chimed with the rise of interest in electro at the time of release in 2006 which propelled them into mainstream consciousness. Not looking back, they began to embrace wider influences from soul, psychedelic pop and acid house to great effect. Third album ‘The English Riviera’ received a Mercury Prize nomination and they have continued to enjoy huge commercial success with subsequent records including ‘Love Letters’ which broke the Top 10 and their latest LP ‘Summer 08’.

In the lead up to the millennium, guitar music was in disarray – either still hung up on the Britpop heyday of the mid-90’s or fixated with the toxic masculinity and over commercialised mess that was nu metal. The Futureheads were amongst the leaders of the next generation to get rock back on track, making it more streamlined, cool and vital once again. Having split in 2015, everyone is very excited to see the Sunderland squad back on stage.

For two decade, Japanese noise merchants MONO have amassed an ever-growing international audience drawn to their avant-garde approach to post rock as heard on their seminal records ‘For My Parents’ and concept album ‘Hymn to the Immortal Wind’ recorded with famed uncompromising engineer Steve Albini amongst others plus their shared work with Pelican and World’s End Girlfriend.

Get yourself to Dryden Street Social to see the enigmatic Jamie Lenman. Following on from his time as the singer of post-hardcore trio Reuben, the cult icon resumed his musical career with the release of killer LP ‘Muscle Memory’ in 2013, followed four years later with second album ‘Devolver’. This year sees the alt rock legend bring out his third full length record ‘Shuffle’ which no doubt will be an essential listen.

London based band Crows have already proven just how vital they are with the release of their debut LP ‘Silver Tongues’ which, with is dark and atmospheric take on scuzzed up psyche and garage, is a serious contender for Album-Of-The Year. They make their very welcome appearance at Handmade where they headline infamous Leicester venue The Cookie. One of the many reasons why you need to grab your ticket right now.

Drawing on together the creative freedom of art rock and the sonic violence of no wave with rapid post punk stabs, Heavy Lungs are fast proving to be one of Britain’s most compelling emerging acts. This year has seen the release of their ‘Straight To CD’ EP on Balley Records which they promoted by tearing through the UK, screaming and thrashing through their sets like their lives depended on it. Make sure you catch them before they explode!

Scourge of the Right, politically astute punks from Hull Life tackle racism, banal media and substance abuse with lightening fast guitar riffs and acerbic lyrics that read like caustic beat poetry. Their critically acclaimed debut album ‘Popular Music’ was championed by Steve Lamacq and they are currently tearing round Europe supporting IDLES. Catch them at Handmade where they begin to push their highly anticipated second LP.