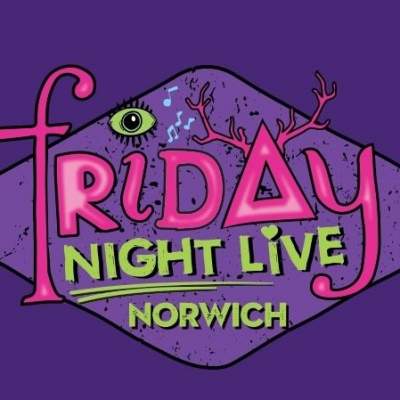 Friday Night Live is a brand new exciting outdoor live music event for 2020 and the very first headline chosen to top the bill are British hip hop greats The Streets! Mike Skinner will be bringing the beats and regaling the hits at Earlham Park in Norwich plus support from Chase And Status playing a DJ set and Ms Banks – tickets can be yours with Gigantic right now!

Birmingham born rapper Mike Skinner first had a taste of success with The Streets following release of hit single ‘Has It Come To This?’ which broke the Top 20 towards the end of 2001 and would feature on seminal debut album ‘Original Pirate Material’. Taking everyday experiences of heartbreak, being frustrated at work or hanging out in the pub and driving them down a distinctly anglicized version of hip hop, Skinner quickly rose from the underground to become a new icon of British music. Featuring huge bangers like ‘Let's Push Things Forward’, ‘Weak Become Heroes’ and ‘Don't Mug Yourself’; ‘Original Pirate Material’ would be both a massive critical and commercial success charting at No. 12 and would signify a rise of interest in domestic urban music.

Proving his early achievements was no fluke, second album from The Streets ‘A Grand Don't Come for Free’ would be released in 2004 and would exhibit Skinner’s tremendous creative prowess by taking the form of a rap opera, telling the story of losing everything and yet still carrying on. It brought us powerful song ‘Dry Your Eyes’ and club classic ‘Fit But You Know It’.

Firmly established as one of the UK’s premier producers and rappers, Skinner released a total of five albums which reached combined sales of 5 million before calling time on The Streets in 2011 with a final performance appearing at Freeze Festival which was held in Battersea Power Station.

Six years later, Skinner would delight fans of The Streets by dropping two new tracks ‘Burn Bridges’ and ‘Sometimes I Hate My Friends More Than My Enemies’ on streaming services. Skinner has already hinted that he is currently working on an upcoming album for 2021 plus he will release his debut film ‘The Darker The Shadow The Brighter The Light’ which raises the possibility of hearing new material at Friday Night Live!

Destined to be one of the best outdoor shows of the year; Friday Night Live is expertly organised by the same team behind the wildly popular Sunday Sessions and Let’s Rock festivals who know how to ensure revellers have a thrilling evening of live music.

Event founders Nick Billinghurst and Matt Smith said: "Friday Night Live will bring the biggest and best artists to outdoor locations all over the UK for an evening of unforgettable live music, and we’re absolutely thrilled to launch the event with a headliner as iconic as The Streets."

Friday Night Live is off to a flying start with The Streets and you can book your tickets with Gigantic today!