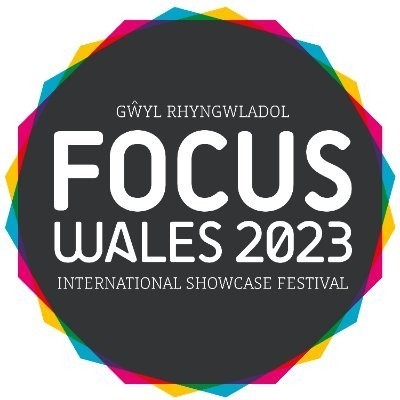 Shining the spotlight on the best music from Wales and forging links with the worldwide grassroots community; FOCUS Wales is the essential showcase event for both fans and the international music industry.

Their biggest festival yet; 20,000 attendees were treated to huge headliners; including Echo & The Bunnymen, Gwenno and Self Esteem who played above 250 acts on stages found in various venues throughout the charming North Wales town of Wrexham.

FOCUS Wales will be back as an even bigger and better event next year and takes place from Thursday 4th till Sunday 7th of May 2023. Tickets have just been released via Gigantic HERE. 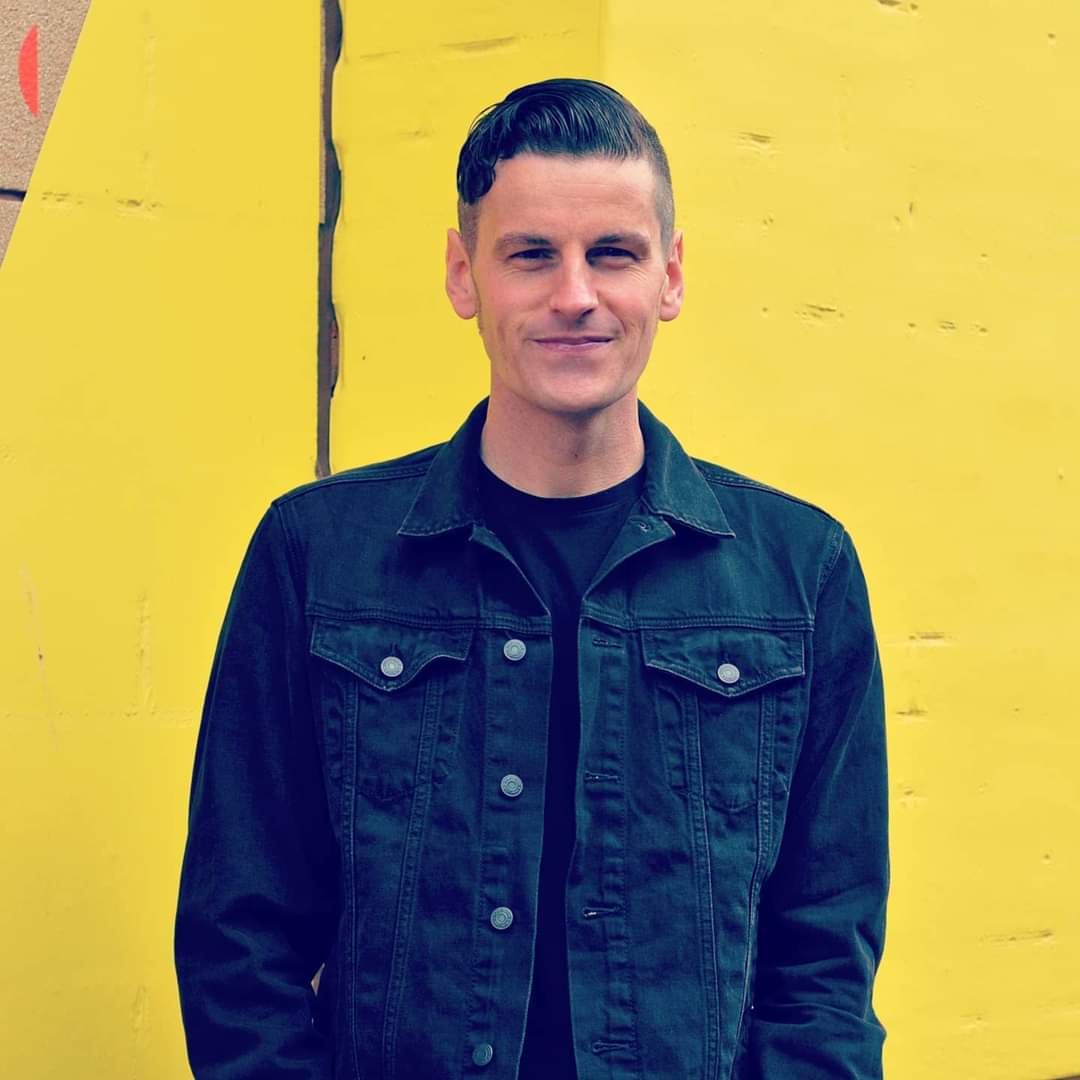 What inspired you to start up FOCUS Wales, and what did you hope to achieve?

Who have been amongst your favourite acts that have taken part?

There's been so many. To name a few that stand out, I'd have to mention Kelly Lee Owens, Echo & The Bunnymen, Self Esteem, Bob Vylan, Gwenno, Balimaya Project, Michael Rother, Stella Donnelly, Gruff Rhys, Cate Le Bon, and A Guy Called Gerald. To be honest, I have a long list of highlights from over the years now, so I could keep naming shows that I loved.

What has been the most rewarding element of being the co-founder and music programmer?

Just seeing it all come together in the end after months and months of it all being in the laptop. When it comes to life in front of you and you can see the audience response to artists you've booked, it's such a great feeling, to know that it's worked for everyone after all the planning and the work that goes into it. We ultimately want to see more artists with sustainable careers in Wales, so seeing the artists here make a great impression on the industry we bring in, and knowing that deals will come of it, and that their career will take that next step, is always a really nice feeling.

What do you hope to see happen next with FOCUS Wales; in 2023 and further into the future?

I feel like we really stepped up to a new level this year. Both in terms of the scale of the event, but also in terms of the production levels across the venues, and the all-round experience for attendees. It was our biggest ever edition in terms of attendees, with 20,000 people across the event, and it was such a great vibe across the whole weekend. At the same time, we're always looking to see what we can do improve the event on every level, with accessibility in mind, the production level, and of course with the programming. We're never sat on our hands. Already exploring some magic headliners for 2023, so the plan is to keep working hard at it, and hopefully we can kick on again next year. 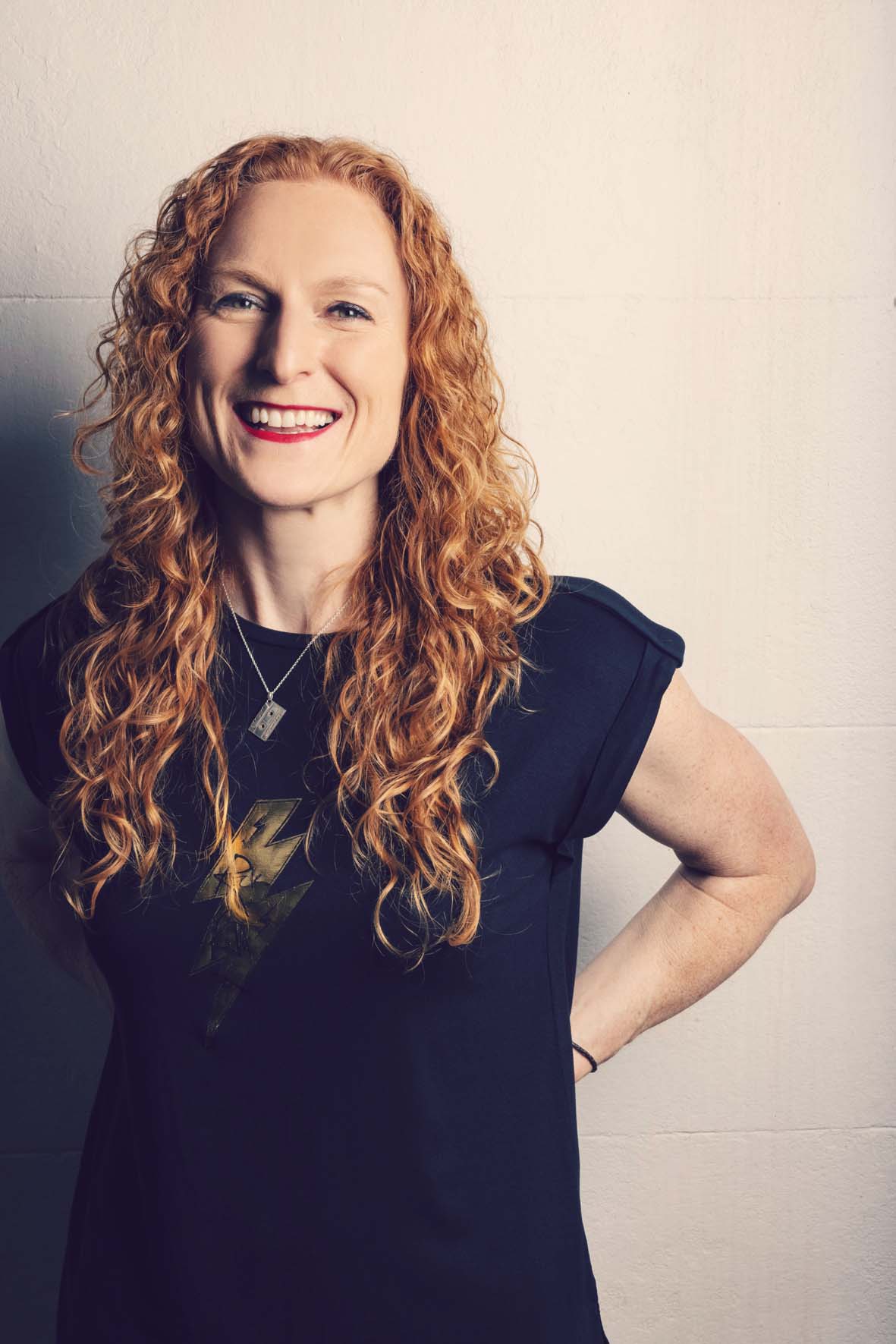 Did you enjoy your experience chairing your panel, and what new insights did you gain?

It was great to be back at live events in person and hosting panels again. It's a bit of extra work to prepare and get all the questions together beforehand, but very rewarding when you can help others learn and also learn something yourself. It was interesting to see how music news has changed over the pandemic and how it is now also being influenced by what is happening on social media.

How do events like FOCUS Wales help with acts get the greater attention they deserve?

Showcase festivals have always been a great help to artists, as they get them playing in front of key people in the music industry such as booking agents, artist managers, labels and event and festival bookers. Sometimes it is hard to stand out and being part of a music export showcase can also be beneficial with their support in inviting people to attend the shows

Are there any other showcase festivals you can recommend?

ESNS in the Netherlands is my favourite as they have the ESNS Exchange System (formally ETEP) in place where festivals bookers have to submit the list of acts they have seen that they want to book, which helps the circulation of European artists. They also make charts of these lists so you can barely see the results. Other events I would recommend checking out are Reeperbahn and Co/pop in Germany, MAMA in Paris, MENT in Slovenia and Westway Lab in Portugal. Really there are so many showcase events you could be going to one every week, so you need to chose which ones fit with the markets you are hoping to do business in. 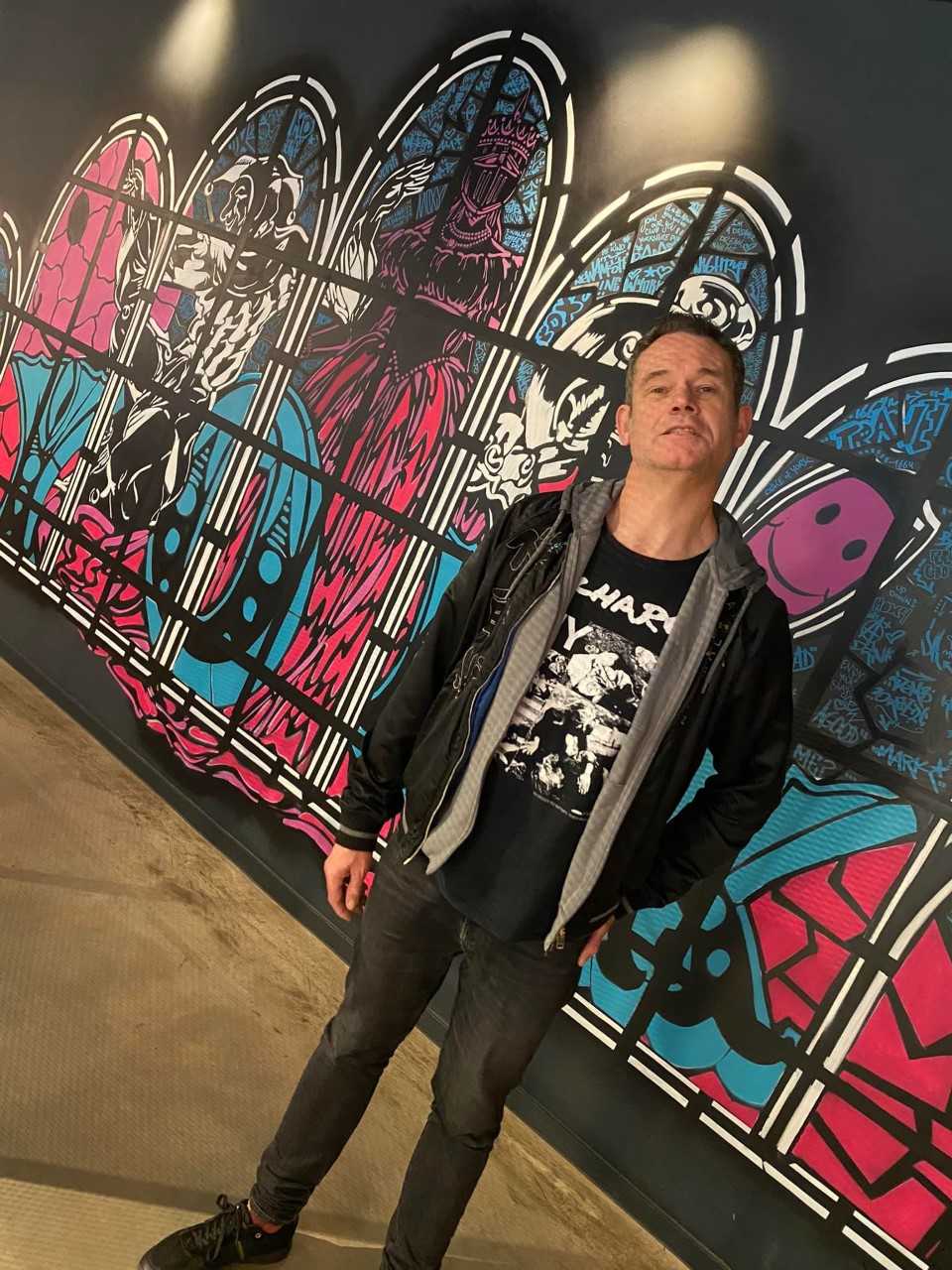 How did you first hear of FOCUS Wales?

I first heard of Focus Wales via word of mouth. My friend Anastasia Connor recommended it and introduced me to Andy Jones and Neal Thompson, so I went along to my first one in 2015 and haven't missed one since.

What have been your best experiences in the past?

Far too many to list here! But meeting so many great people and making lifelong friends has to be one of them. From a personal point of view, the 2017 edition stands out as a highlight as a couple of performances on my (then Drowned in Sound) stage led to 2 of the bands and myself being invited to a festival in South Korea, which turned into a tour of sorts. The opportunities Focus Wales presents really are out of this world!

How did you select the acts for your stage?

My remit was to choose one Welsh act and one from outside Wales. Last year I saw Clwb Fuzz play at the Parish, liked what I saw then all of their subsequent singles so booked them for Focus this time around. Goddesses are a band I've been meaning to put on for a long time but the pandemic got in the way, so when I heard they were looking for shows with a new album imminent it gave me the opportunity to finally make it happen!

Why is FOCUS Wales such an important festival?

Focus Wales is such an important event for a variety of reasons, not least because it highlights the wealth of musical talent that currently exists in that part of the UK. The organisers are incredibly passionate about what they do and genuinely care about their artists and audience. The venues aren't too spread out. The atmosphere is always very friendly and welcoming, while the line-up is arguably one of the best on the festival calendar. As showcase festivals go, Focus Wales is easily head and shoulders above anything else the UK has to offer. 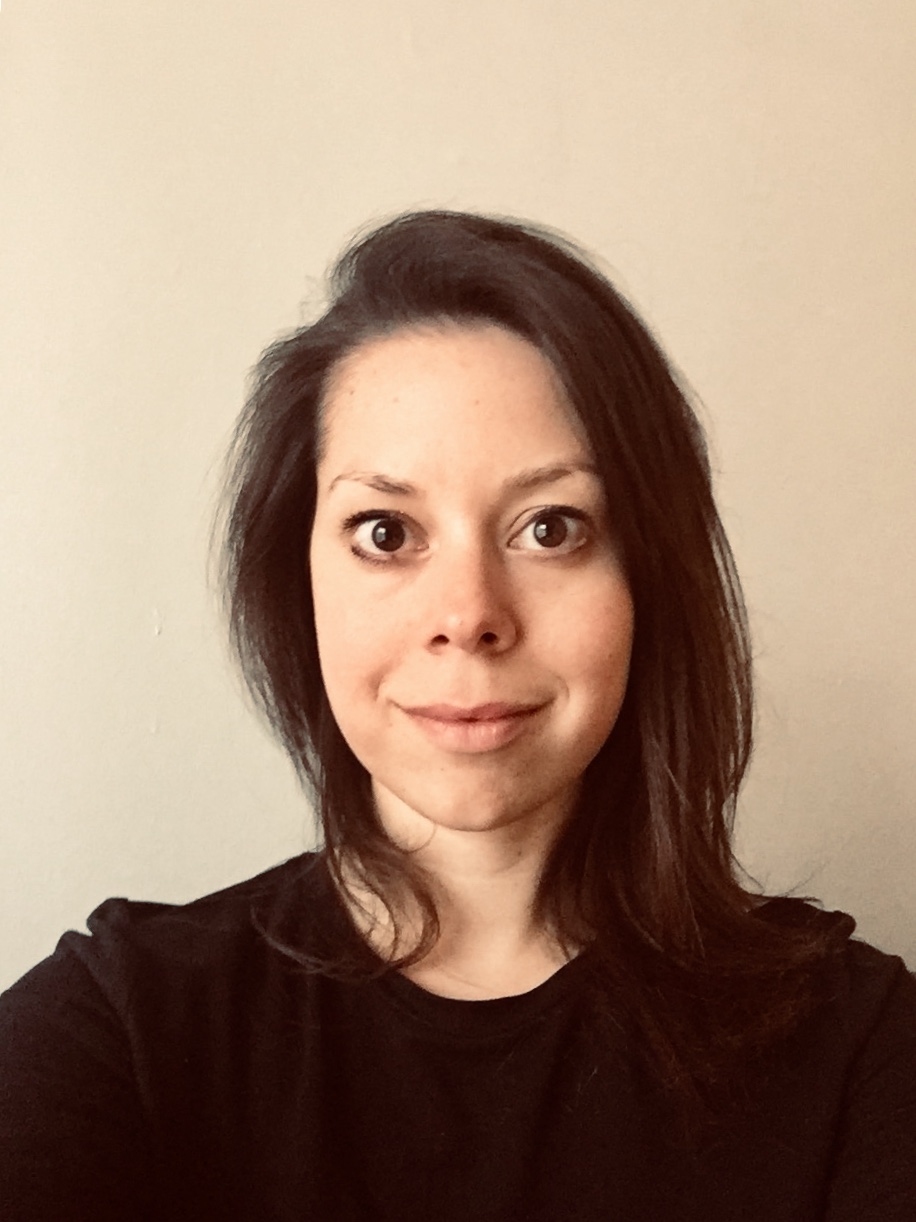 It was my first time experiencing a festival in UK. I came with zero expectation, and I was surprise how Wrexham is a small city and everyone seems to be attending or even working for the festival. The music community in Wales seems to be pretty close-knit.

How did you get involved with FOCUS Wales and what were your experiences this year?

I came to Focus Wales with Hippie Hourrah, a francophone psych-rock band signed under Simone Records, the label I run in Montreal. It was pretty cool for the band to perform twice in small venues with good vibes, full of people who seemed very passionate about music.

How did attending and playing Focus Wales help Hippie Hourrah progress as a band?

The three founding members (Miles Dupire-Gagnon, Cédric Marinelli and Gabriel Lambert) travelled almost everywhere in the last 10 years with other bands (Elephant Stone, Anemone, Les Marinellis, The Besnard Lakes, etc.) but because Hippie Hourrah has been founded last year during the pandemic, Focus Wales was first international tour for the band. So, Focus Wales arrived as the first step for us in the international development of the band. This festival gave us the chance to meet music industry delegates, have them see the show and spread the word. And this kind of event is exactly how we can start to build a fan base in a new country, thanks to the proximity with the public in the venues.

Why should other bands or festival doers come to Focus Wales in 2023?

A lot of music industry delegates come to Focus Wales with the objective of discovering new bands and emerging artists, so it’s a good opportunity to make new connections. Since it’s a small festival in a small city, you see the same faces during three days, so it’s easy for everyone to connect with new people in a laid back atmosphere.

Does Canada have any similar events and what are your favorite festival back at home?

Yes! Focus Wales is similar to FME (Festival de musique émergente), a festival based in my hometown, Rouyn-Noranda. You have to drive seven hours from Montreal to get there, but once you arrive in the city, you can feel that everyone is one hundred percent there for the music. I’ve worked for FME during many years and this is obviously my favorite festival.