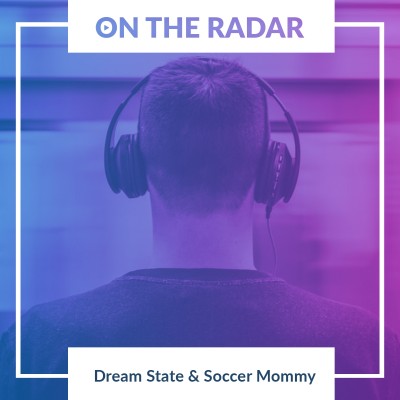 South Wales is leading the way for the recent emo revival with five-piece Dream State. Able to create music with is both beautiful and yet unrelenting, they have all the ingredients to claim huge success on their own terms. Their band members include drummer Jamie Lee, lead vocals from CJ, guitarists Rhys Wilcox and Aled Rhys Evans with Danny Rayer playing bass.

Formed in late 2014, the band quickly shot to the fore with their initial videos being picked up and promoted by internet music channel BlankTV. Energised by this early success the band continued to develop and as the songs grew in emotive weight, Dream State became a fully fledged performing band and were soon signed to UNFD – mere hours before taking to the stage at Reading Festival.

After concentrating on playing local shows they once again concentrated on recording and resulted in the single ‘White Lies’ which was accompanied by a promotional video which saw the band go viral. A relentless barrage of drums and a granite strong wall of sound tempered with confessional lyrics which curl from harmonious to a guttural scream.

“It’s about temptation, denial, hitting rock bottom and surrendering to yourself. There’s a line in the song – ‘Why won’t you give up?’ – that is really personal to me because I’m questioning myself as well someone close to me. I had to watch a person I love destroy themselves slowly over time and that line is for the both of us.” - CJ

With the release of ‘White Lies’ the band are certainly enjoying some serious attention, having amassed 3.5 million views on YouTube and a further million streams on Spotify whilst frequently popping up in the music press - and even been featured in a piece by Metro!

Currently working on a new EP, Dream State tour extensively in February to promote the new material whilst continuing their bid for world domination.

DIY artist Soccer Mommy is the work of Sophie Allison. Her mix of melancholia, youthful yearning and over spilling optimism is washed with her Nashville influences and her native New York experiences which has seen her connect with an international audience resulting in the release of two albums in consecutive years.

First beginning as a bedroom project in 2015, the NYC teen began by uploading tracks to her Bandcamp page as she experimented and developed her sound across a series of EPs which make for compulsive listening and saw her gather together a widespread loyal listenership.

Expanding to encompass a full band (Thomas Borelli – Drums, Emily Allison – Bass, Julian Powell – Guitar), she endeavoured to progress past the ‘sad girl music’ tag that some had assigned her and released her debut LP ‘For Young Hearts’ in 2016 which was quickly followed up by second album ‘Collection’ towards the end of last year which features the best of her early work plus new material, written, mixed and produced entirely by Allison.

‘Collection’ demonstrates a new-found strength, in terms of Allison really showing off the power of her vocals and the music now packs a greater punch as it expands to become rock tinged indie pop. Playful, melodic and sweet, the songs on her follow up LP deal with the conflict and triumphs of young adulthood and document a snapshot in the life of a woman on her way to great things.

Do not miss your chance to see her when she heads to the UK to play a handful of dates on sale right now.