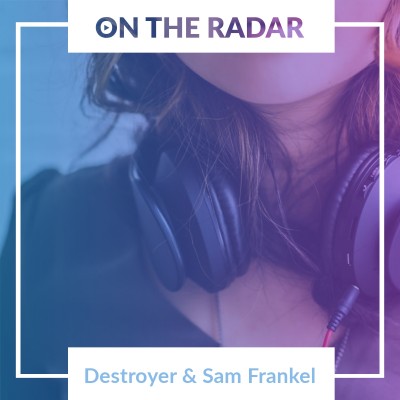 Led by singer-songwriter Dan Bejar, the Canadian rock band Destroyer have made their return with their stunning new album ‘Ken’. Known for applying abstract and poetic lyrics to an indie rock sound, Destroyer have produced some of the most innovative and evocative records over the years.

Destroyer first started as a solo project for Bejar. Working from a home studio, he began experimenting with a variety of genres and styles varying wildly from glam to yacht rock. Outgrowing his initial lofi recordings, Bejar has amassed quite a large crew of fellow collaborators for his subsequent records and has continually proved to be essential listening over the years.

Meaning a person’s realm of awareness or a sense of knowing, ‘Ken’ is an appropriate title for a record which exhibits Bejar’s absolute confidence in his own abilities. His musical prowess sees him masterfully skip from post punk tinged electronica to baroque pop and jazz-rock to create an LP which cuts with an urgent sharp edge yet lingers with a resounding timeless feel, marking it as a compelling listen for many years to come.

Destroyer are just about to hit the UK to showcase their new material. Catch them as they tour over the forthcoming weeks.

Brixton born poet, filmmaker and now musician Sam Frankl is fast emerging as one of Britain most enigmatic and compelling new producers. The young polymath gorges on a vast sphere on influences - taking inspiration from literature, underground electronica and his immediate surroundings to create a sound which he describes as “Creaky, angular sleaze”.

Frankl’s first exploration into music came last year with the song ‘Macondo’. It takes inspiration from Gabriel Garcia Marquez's magical realist novel ‘101 Days Of Solitude’. In keeping with the books mix of spiritual discover, rich use metaphor and avant-garde style to explore Columbian history through the linage of a single family, ‘Macondo’ is layered with lush vocals, playful samples of chimes and pulsing beats.

His latest release is the single ‘Gold Rush’. A polemic in opposition to rampant gentrification, the song was inspired by the Hygate Estate which is little more than a five-minute walk from Frankl’s flat. The song rallies against the destruction of well-established communities and the links between its members as people are swept out of their homes for the sake of higher profit. However, our alt-pop poet is still eager to remind us that there is still a sense of hope as a sense of solidarity is built out of the rubble raised by social cleansing.

"An exercise in storytelling, 'Gold Rush' evokes the image of a man’s experience inside his home as it’s being demolished and his plaintive cries of dissent. The result is both a protest song and an homage to the very idea of place."

Do not miss your chance to see Sam Frankl perform live next year. See him take over Omeara in South London on Thursday 22nd of March 2018.