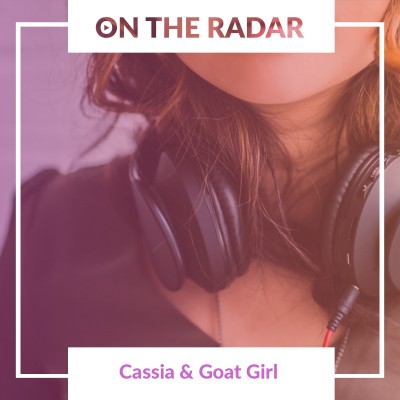 During the cold months of winter, your body and soul aches for the glorious summer heat. Picture this; the radiating nourishment of the glorious burning sun, the cool refreshment from teal blue seas and the relaxing effect that comes from the gentle hypnotic sway of palm trees as they are gently caressed by the coastal breeze. Now I have your full attention it seems very appropriate to talk about Macclesfield’s finest contemporary calypso flavoured indie band Cassia.

Taking their cues from Caribbean rhythms and afro-rock which they lacquer with their distinctly British mannerisms, Cassia perfectly produce the upbeat summery sound which currently proliferates vlogs, vintage fashion stores and all the ‘right’ clubs.

Cassia was first formed in 2015 by songwriter and guitarist Rob Ellis after teaming up with bassist Lou Cotterill and was originally conceived as a two-piece outfit. Following the release of their debut EP ‘Paradise Beach’, the pair reached out and recruited drummer Jake Leff to complete the band.

Subsequently, the now three-piece have made prominent festival appearances right across the UK, accumulated online followers in the tens of thousands and look set to be a major breakthrough act in 2018 as they continue to develop their style with upcoming new material.

“All this new stuff’s like...we’re still keeping the African guitar and rhythms, but it’s sort of moving away to The Strokes and things like that, I think their stuff’s really cool, so just trying to get that whole energy of like, early Arctic Monkeys to fuse with this African thing.” - Rob Ellis

Join Cassia as they hit the road for their Spring 2018 tour!

We need to talk about Goat Girl. Having only formed in recent years, the South London based quartet have quickly established themselves as the underground hit band who regularly  pack out venues whenever they play, are an essential booking for any respectable festival and are signed to iconic independent label – Rough Trade.

‘Sounds like they’re doing pretty well’ I hear you say, ‘So what’s the problem?’. The problem is that they deserve to be way bigger.

In a musical landscape saturated with faceless mediocre acts who tentatively act within the prescribed limits of mainstream media, regurgitating these limitations through their own pale imitation of youth culture, Goat Girl stand well apart. Rosie (drums), Lottie (vocals), Ellie (guitar) and Naima (bass) forgo playing it safe in favour of dark and dangerous sound as featured on singles ‘Country Sleaze’ / ‘Scum’ (Double A-side), ‘Cracker Drool’ and ‘Scream’ which was released just this week.

In sheer antithesis to the cosy bands trading on nostalgia, benefiting from well-constructed social media campaigns and ensuring every song is centred around the ‘millennial whoop’, the music of Goat Girl is somewhat disquieting and all the better for it. Typified so far by wrought vocal harmonies and a somewhat sinister feel, they appeal to those with a taste for danger.

Furthermore, GG don’t really do ‘promotion’. Forgoing the tedium of slavishly building an online presence and accompanying the singles with videos which we will simply describe as challenging.

“Before we used to get by purely on word of mouth. That was nice. Then we got Facebook, and it’s alright but we didn’t really want to but it felt like we had to.” - Ellie

So, why aren’t Goat Girl bigger? It may be that the girls are just too damn rock and roll for the timid tastes of some. Yet whenever a band does cause a sense of division it usually rallies a hardcore of support behind them and given the scores of successes they have accumulated in such a short time, it just doesn’t seem the case. Could it be their active avoidance of the pursuing a greater online presence is hindering them? Given quality of their singles and their ferocious live performances, the music truly does speak for itself and their word-of-mouth campaign seems to be really working. Perhaps, far more likely, is that we are still awaiting the release of a debut album.

The launch of a first LP heralds an acts true arrival which is why some choose to give their first full length an eponymous title (although I suspect many more simply have run out of ideas already). With their deadly combination of cuttings riffs, unrelenting attitude and savage style - Goat Girl are certain to explode with the release of their debut album, shredding apart all the vacuous acts which surrounds them.