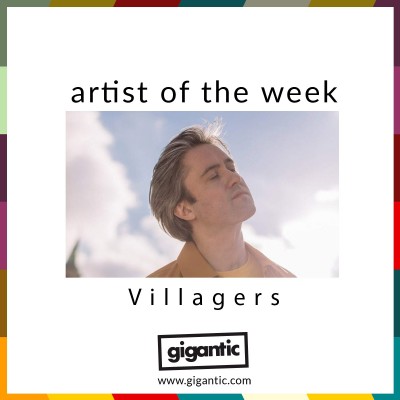 Led by Ivor Novello awarded musician Conor J. O'Brien, Villagers are the beloved Mercury Prize nominated indie folk act that have grown from cult Irish band to now enjoy international fame. Scoring three No 1’s with debut album Becoming a Jackal, {Awayland} and Darling Arithmetic; their fanbase has continued to swell right across Europe with further records Where Have You Been All My Life? and The Art of Pretending to Swim.

This year has seen the release of Villagers latest LP Fever Dreams which reveals O’Brien at his songwriting best and presents the world with ten enchanting new tracks; “I had an urge to write something that was as generous to the listener as it was to myself. Sometimes the most delirious states can produce the most ecstatic, euphoric and escapist dreams.”

Already praised by critics as a true magical masterpiece, Villagers have just announced news of a tour in March 2022 – tickets released by Gigantic at 10:00 on Friday 22nd of October.

Formed in 2008 and based in the coastal town of Dún Laoghaire, Villagers would immediately follow songwriter Conor J. O'Brien’s former project The Immediate and would write their first song whilst nursing a hangover due to the demise of his former band. Soon securing prominent festival slots after proving themselves on local stages, O'Brien’s new troupe quickly attracted a dedicated fanbase thanks to the sweet songs filled with bright melodies and pop hooks.

Signing to iconic indie label Domino, Villagers shot to number 1 with debut album Becoming a Jackal which saw them nominated for the prestigious Mercury Music Prize and O'Brien take home an Ivor Novello for the title track. It would be just the beginning of a meteoric rise which saw the band continue to dominate the charts with a further four album releases and O'Brien secure a second an Ivor Novello for their third LP Darling Arithmetic.

This summer has seen the release of the band’s brand new fifth full length Fever Dreams. Already being heralded as one of the best albums of 2021, it first began as four band sessions which started in 2019 and saw Villagers roam further down strange and wonderful sonic avenues than ever before.

Including the beautifully tender lead single “The First Day”, magically epic track “So Simpatico” and endearingly eccentric song “Circles In The Firing Line”;  Fever Dreams is a joyous voyage of escapism at a time when beauty and optimism is so very badly needed.

“I wanted to inject that deliriousness into everything. Because that’s how I felt, just looking out at everything that was happening in the world. I was allowing that to seep into the art a bit, but still trying to create something positive and uplifting.” – Conor O’Brien

Having already announced a major headline date this month, Villagers now also reveal details of their tour in support or Fever Dreams. Sure to sell out quickly, ensure you set a personal reminder to alert you when Villagers tickets are released this Friday!