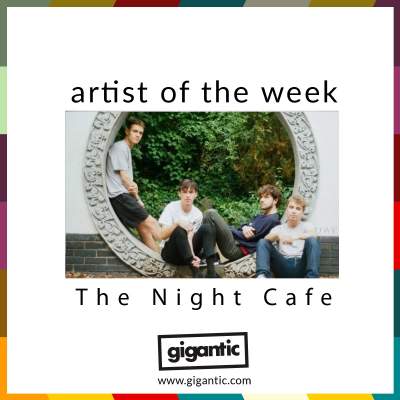 Having generated huge excitement on such early singles as ‘Addicted’, ‘Together’ and ‘Get Away From The Feeling’, they followed through with a mighty debut album ‘0151’ which through huge anthems and catchy hooks, is a huge credit to the home city they clearly love so much.

"We get treated a little bit different just because we're from Liverpool, but we act differently to all the bands in Liverpool scene. It's not where people are from, it's what they're about that people remember." – Sean Martin

Formed in 2015 over a mutual love of music, the school friends felt compelled to write indie anthems with pop appeal in guise of some of their favourite artists. Tapping into the likes of Bombay Bicycle Club, Fleetwood Mac and Kings Of Leon plus such esteemed homegrown talent as The Beatles and The Coral; the Liverpool lads began developing their own unique style together in music class.

They knew it was vital to have something to show before they even started gigging, creating remarkable first single ‘Addicted’ at Whitewood recording studio with the assistance of producer Robert Whiteley. It would soon be followed by such powerful songs as 'Together' and 'Mixed Signals', proving their first release was no fluke and the new band was definitely here to stay.

Hitting the studio early paid off as the boys had the big songs their growing fanbase could rally behind, their supporters numbers growing following an appearance on the BBC Introducing stage at T in the Park and supporting indie rockers Sundara Karma on their UK tour in 2017. The boys were back in the studio the following year to create their acclaimed ‘Get Away From The Feeling’ EP.

Ever brimming with civic pride, the scouse lads simply had to name their debut album ‘0151’ – the area code when calling Liverpool. Progressing the styles previously heard but taking it to the next level, their first full length record contained such provocative singles as smooth song ‘Finders Keepers’ and the jaunty ‘Endless Lovers’.

"It's so exciting making a massive piece of music rather than a single. We're using synths, pianos, everything. We're really going for it. We all know that's it's going to be boss" – Sean Martin

See The Night Café take ‘0151’ on the road, with headline dates announced all around the UK – tickets are on sale with Gigantic right now!