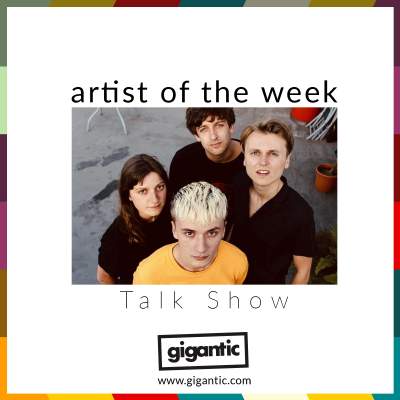 Raw and energetic, Talk Show have literally exploded onto the scene and demanded attention with their vicious yet dynamic take on post punk which made them impossible to ignore on stage and a vital addition to any festival within their very first year.

Formed little over a year ago, Talk Show grew out of the fertile creative soils of South East London and hit the ground running with the release of debut single ‘Fast And Loud’ through YALA! Records which, with its solid bass line, wirey guitars and monotone vocal delivery which rises to a shout has all the hallmarks of a classic post punk disco number. Last in 2019 came second single ‘Ankle Deep (In A Warm Glass Of Water)’ which shimmers like golden light caught in expanding ripples before building to a frenzy.

When not busy in the studio, Talk Show have been touring heavily and it’s a real testament that they have been paired with the best of the new generation, playing support for the likes of Squid, Crows, Pip Blom, Fontaines D.C., Fat White Family, The Murder Capital and Black Country New Road.

And all this activity certainly hasn’t gone unnoticed, as both Steve Lamacq and Jack Saunders have been keen to play them on their respective BBC radio shows plus getting rave reviews in DIY, Dork and NME.

This week sees the release of their debut EP ‘These People’ which is packed full of promise and ideas despite lasting only a mere 12 minutes or so. “Mostly written whilst on public transport” according to the band’s frontman Swann, the EP starts with the lead single ‘Stress’ which is the sort of radio friendly track sure to get an immediate reaction and build on their already growing fanbase. But it doesn’t just stop there, ‘Atomica’ has a classic feel akin to something early from The Stranglers, ‘Banshee’ brings together dub and the hedonistic Madchester sound to finish with the roaring aggression of final track ‘Petrolhead’.

‘Stress’ is released on Friday 27th of March by Council Records.

Talk Show will be making prominent appearances at festivals right around the UK before kicking off their very own headline tour in September and you can grab tickets for all these unmissable performances with Gigantic right now!