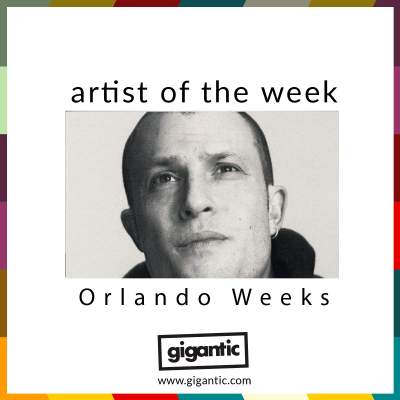 Fans were dismayed when indie icons The Maccabees announced their intention to split. But now singer Orlando Weeks returns as a solo artist, bringing with him a remarkable first album “A Quickening” which reveals a re-energised musician, ready to explore new sonic ideas and go further than they ever have before.

Orlando Weeks heads out on tour in October, tickets on sale with Gigantic right now!

Despite ending on a high with their last LP “Marks To Prove It” becoming their first No.1 album, The Maccabees singer Orlando Weeks felt the band was limiting in terms of scope and potential. The devoted fanbase had come to expect a certain sound and style, and after over a decade it had most certainly run its course and the band made the amicable decision to break in 2016.

“There was no one person to blame for it. We just couldn’t find an atmosphere that seemed to work. We couldn’t see the wood for the trees. It felt quite claustrophobic.”

However, talent rarely dissolves and fades away, and in the coming years Weeks found himself writing music again. Taking to Twitter, he explained that monumental changes in his life inspired both the need to express himself and to try a new artistic direction; “My partner and I were expecting a baby in the summer of that year and the focus of my work became trying to document that time. That period felt so all-encompassing and yet, at the same time, fleeting and hard to grasp. I found that writing was a way to anchor movements and cement thoughts and feelings that we were sharing.”

In 2020, Weeks release singles Safe In Sound and Blood Sugar – both of which were a complete departure from the familiar indie rock sound and adopted a glacial lush instrumental sound, complete with gorgeous vocal harmonies and an epic soundscape feel.

Last summer then saw release of week’s incredible first full length record; “A Quickening”. Described by NME as a “feverish and hypnotic collection”, it would include the two forementioned singles plus another nine original tracks, marking a significant change and a huge leap forward in creative talents for the songwriter.

Orlando Weeks heads out on tour later in the year in support of dazzling debut album “A Quickening” – tickets available with Gigantic right now!