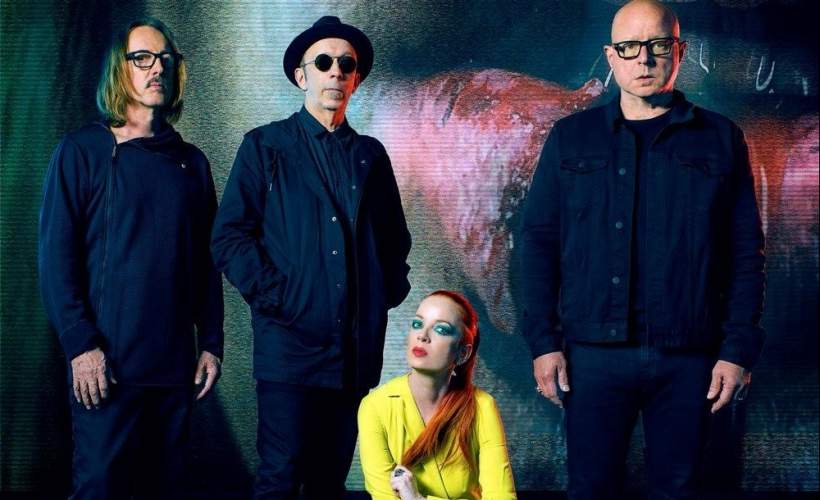 Garbage have been subverting the mainstream and dominating the charts with their rock enthused electronica for close to two and a half decades. Their members include drummer Butch Vig, singer Shirley Manson, with Steve Marker sharing guitars with Duke Erikson who also takes on the bass.

** Just Announced ** Garbage will be the headline at Kew Gardens in London on Saturday 13th of July 2019.

The many fans will be keen to get their hands on Garbage tickets so please ensure you act fast and get yours before they are all gone. Place your gig tickets order with Gigantic 24/7 using a tablet, computer or smartphone on the go or while at home.

We also highly recommend that you set a personal reminder with Gigantic so you can be alerted with a text message or an email when they become available at 10:00 on Friday 14th of December.

They announced their arrival to the world with the release of their eponymously titled debut album in 1995. It was followed three years later by their smash hit album Version 2.0 which made them a household name. Their following albums include Beautiful Garbage, Bleed Like Me, Not Yor Kind Of People and Strange Little Birds.

“20-plus years after forming, each band member is still fired up to mine new sounds and approaches for inspiration. That willingness to be uncomfortable and look beneath the surface makes Strange Little Birds a rousing success.” - The A.V. Club

“It successfully excavates old and gorgeous Garbage: digs it up, dusts it off, reassembles it, and lovingly crafts replacements, piece by vivid piece, for the strange little sounds that have rotted away.” - Spin

With only limited supplies of Garbage concert tickets being made available, you will need to book yours before they all are snatched up. Offering you fantastic customer service on a huge range of essential gig tickets, Gigantic should be your first choice whenever you are looking to book your big night out.

We have tickets for Garbage

Come to Gigantic to get tickets for Garbage

Shirley Manson from Garbage to receive Icon Award at the NME Awards 2018.

Probably the most enjoyable gig I've been to?one

Shirley not only sings great & the band are just fantastic but a real down to earth, everyday sound person- I just love the attitude- brilliant night

That's all we have for Garbage! Check out their upcoming shows