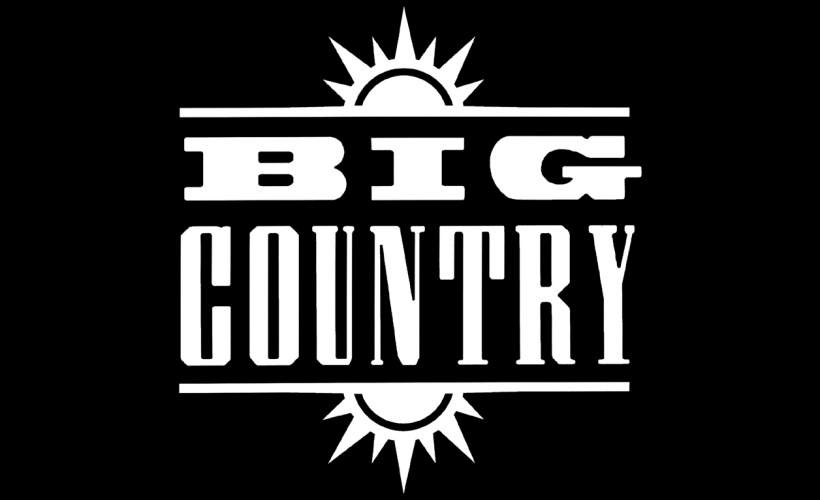 I missed seeing these guys back in the day and had regretted it forever, so a chance to see them now although not the same for both them and me was something I'd looked forward to for months. I wasn't disappointed, the atmosphere from the crowd was electric which must have boosted the guys on stage and they warmed and played to it. Some of the songs didn't sound as good as they did, but the important ones sounded as good as the first time they played them on Top of the Pops. an awesome night with an all time awesome band!

Great gig the boys were amazing especially Bruce Watson who is still one of the best guitarists in the business . Jagger centre not a bad venue

Big Country announce a whole load of dates for later in the year including Whitby Pavilion, Doncaster Dome, O2 Academy Newcastle and Bingham Hall at Cirencester.

Big Country was originally formed in 1981 by guitar playing founder members Stuart Adamson and Bruce Watson both native of the band’s hometown Dunfermline in Scotland.

Initially driven by a shared vision of widescreen guitar melody, harmony and lyric, the classic Big Country sound was further enhanced later that summer by the arrival of drummer Mark Brzezickiand bass player Tony Butler. This is the Big Country that (with producer Steve Lillywhite), recorded the classic debut album ‘The Crossing’ in 1983.

The band broke massively worldwide with the release of the album’s classic singles ‘Fields Of Fire’, ‘Chance’ and signature song ‘In A Big Country’, which went on to become massive worldwide hits, selling over 2 million copies.
The run of success continued throughout the 1980’s with the release of the anthemic single ‘Wonderland’ and the second album ‘Steeltown’ (1984), which debuted at Number 1 in the UK and contained the hit singles ‘East Of Eden, ‘Just a Shadow’ and ‘Where The Rose Is Sown’. In 1985, Big Country appeared at Live Aid in London.

At the start of the 90’s ‘Through A Big Country’, featuring all the bands classic hits was released, followed by the fifth studio album ‘No Place Like Home’ (1991) taking the band’s total record sales to well over five million copies.

In August 1998 they were once again invited to open for the Rolling Stones on their ‘Bridges To Babylon” tour of Europe prompting Mick Jagger to say that Big Country were “one of the best opening bands we ever had”.

By now singer Stuart Adamson had relocated to Nashville, Tennessee and so his fellow bandmates decamped to America to join him in writing and recording the album ‘Driving To Damascus’. It would be the last album they recorded together.

On December 16th 2001, Stuart Adamson took his own life in Honolulu, USA. The remaining three members had no real thoughts of performing as Big Country again. But, Tony Butler, Mark Brzezicki and Bruce Watson re-united in 2007 to celebrate the band’s Twenty-fifth anniversary.

In the summer of 2010, Bruce Watson finally picked up the phone and asked Mike Peters of The Alarm to do what he had previously been reluctant to do and sing with Big Country officially. There was instant chemistry with the band also being joined by Bruce Watson’s son Jamie on guitar asBig Country again sought solace in the music and the freedom to express their love and admiration for their departed friend Stuart Adamson.

Big Country concert tickets are limited we do advise that you book early to avoid disappointment. With ten years of experience giving excellent customer service, you can be sure of making a stress-free booking on your essential gig tickets with Gigantic.

Don’t forget to subscribe to our emails to get the latest live music news. And get extra when you LIKE & FOLLOW Gigantic on Twitter, Facebook and Instagram. We love seeing you have all the fun at the front so make sure you tag us in all your pics and use #GiganticGigGoer!