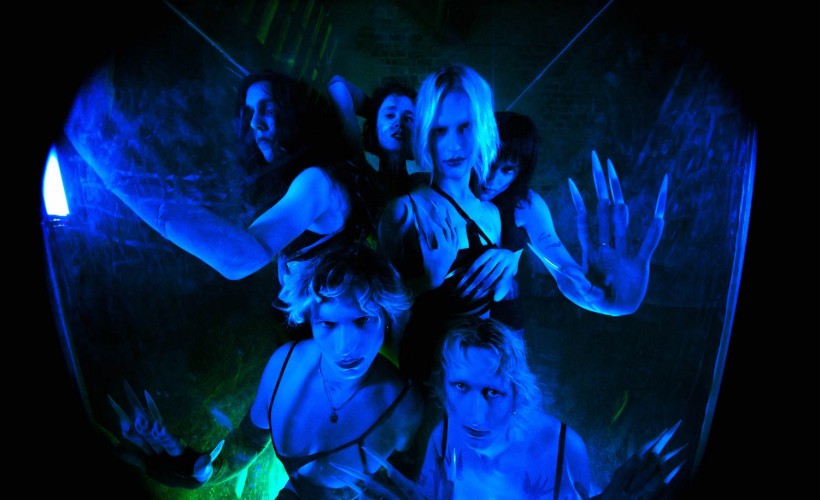 Speaking on the new single, frontperson James explains “Macilent was written with Jessica Winter in August the day after the 3 trans women were attacked in Hollywood. All we could think about that day was the violence that trans and queer people face every-day. We wanted the song to convey the fear that we feel, the disgust, the exhaustion, but also the fading hope that it doesn’t have to be the way things are “We could be together, if you weren’t so violent”.

“We’ve been around forever” is almost a war-cry exclaiming that queer people and gender identities have always existed outside the binary.”

These three 2021 singles are taken from Walt Disco’s forthcoming debut album, due for release in 2022. They follow last year’s self-released Young Hard & Handsome EP, further highlighting Walt Disco as a band that can defy convention to create a youthful, contemporary and queer world of their own making. The 2022 tours come after riotous shows this year at TRNSMT Festival and Dot To Dot as well as support dates for Duran Duran and an autumn UK headline tour.


Where can I see Walt Disco?

Walt Disco have just announced a very special show at Green Door Store at Brighton on Monday 24th of October, 2022.


Gigantic is passionate about music; and we have a fantastic selection of tickets for gigs and festivals.

That's all we have for Walt Disco! Check out their upcoming shows