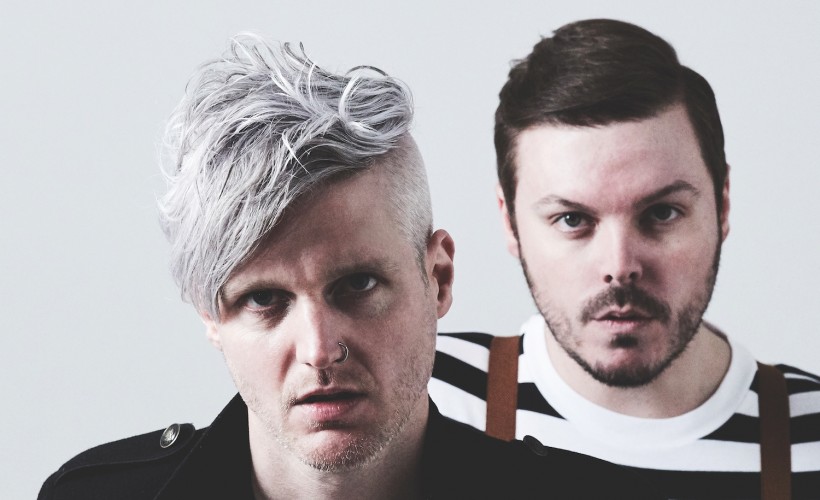 The Virginmarys are an impassioned punk three piece from Macclesfield comprised of Ally Dickaty (Guitar & Vocals), Danny Dolan (Drums) and Matt Rose (Bass & Vocals). Urgent, exciting and in your face, the band are attracting fans far and wide through their exciting live performances and amazing recordings.

We expect 2019 will be a massive year full of thrilling new music and events. They have just announced a tour which sees them play The Live Rooms at Chester, Newcastle Think Tank and The Flapper at Birmingham during February.

Later in the year, they look to the summer which sees them join the roster for such salubrious festivals as Call Of The Wild which takes place at Lincolnshire Showground from Friday 24th till Sunday 26th of May plus Camden Rocks which hits North London on Saturday 1st and Sunday 2nd of June 2019.


We are very excited to offer you The Virginmarys tickets. The word is spreading fast and so we do urge you to act fast and ensure you book yours before they are all snatched up. Placing your gig ticket order is made easy with Gigantic as you can access the site 24/7 whilst relaxing at home or busy on the go with a tablet, computer or smartphone.


Starting in 2009, the punk trio gigged heavily playing extensive tours to ensure their name spread. They managed to secure support slots to fantastic bands such as Eagles Of Death Metal, Skunk Anansie, Terrorvision, Ash and for Slash as well as performing at the first ever Download Festival in 2010. The hard work paid off as they went on to play their own headline dates when touring the UK, Europe, USA and Japan.

Despite playing live exhaustively, the band worked hard in the studio also. The result was three self-released EPs titled Cast The First Stone (2010), Just A Ride (2011) and Portrait of Red (2011). All of which sold out.

Following on from this success, the band began recording their debut album in 2011. Early signs of success came when the two songs Bang Bang and Just A Ride were both named iTunes Single Of The Week. Titled King of Conflict, the record was highly acclaimed being awarded Editor’s Choice by iTunes US and Album Of The Year at the Classic Rock awards. This success saw them also named Best Breakthrough Act by Classic Rock Magazine.

In 2016, they released their second album; Divides. The album featured the single Motherless Land and is being recorded at Rockfield Studios with Gil Norton, who has previously worked with amazing rocks acts like Pixies and Foo Fighters, in charge of production.

Fans will all want to get their hands on The Virginmarys concert tickets but with only limited supplies on offer you will need to act fast and book yours before they are all snapped up. With a huge range of essential gig tickets on offer plus excellent customer service, award winners Gigantic should always be your first choice whenever you are booking your big night out.

I have been to see the band a few times and have liked all of their Gigs but particularly enjoyed this performance. We all had a really good night and managed to find a secret stair spot in the corner of Think Tank which gave us a better view- bonus.

The Virginmarys played an amazing set as usual on Tuesday night im Liverpool .If you haven't seen this band live you are missing out on something really special They always give 110%

That's all we have for The Virginmarys! Check out their upcoming shows