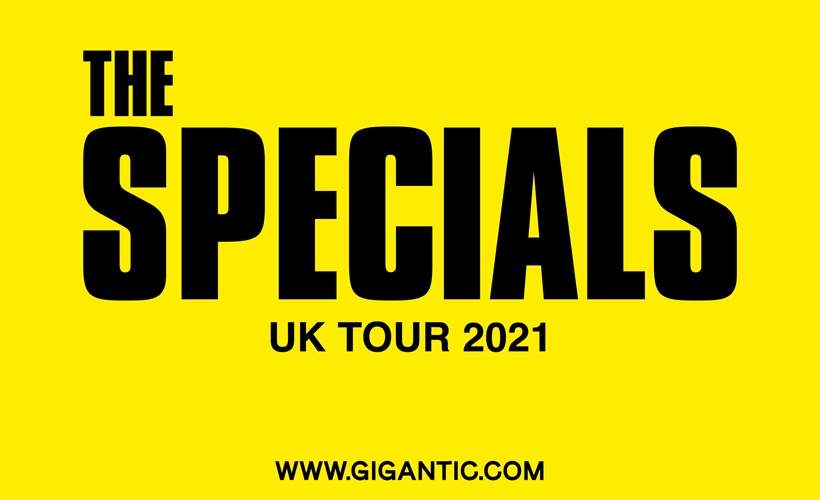 The Specials Plus The Rifles + The Skints The Piece Hall, Halifax

It was a great night out. They played all their famous songs and the atmosphere was awesome.

"So good I saw them twice!"

My first band in concert, Coventry 1979, 40yrs later Brixton twice! 17th & 18th.
The sounded great, the atmosphere was fantastic. I really like that concert hall.
The first night I was upstairs, I could see more. The second night I was downstairs, more enjoyable to dance and sing.
I would see them again, The Specials have a special place in my heart :)

Great night out with the boys. Specials were fantastic. Where did those 40 years go.

The place was rocking! A great night and in Horace's words "loudest crowd of the tour so far"

"Memorable for a lifetime"

Im now 49 I've been a fan of Ska an Northern Soul particularly The Specials since I was about 10. But by the time I was old enough to see them for myself they'd split up. This opportunity was a no brainer and when this amazing band reformed I moved quicker than anyone to get my ticket. It's a dream come true and one that I thought seriously would never materialize. I thank Terry Hall an his band The Specials. It was an outstanding moment in time for me an a great gig. Well worth the journey from Liverpool.

"Love is so much more powerful than hate. Hate is destruction and love is production." Lynval Golding.

The music is exquisite.
"We are very fortunate to have surrounded ourselves with excellent musicians," says Horace. "We're so lucky to have Steve Cradock on guitar, and also Kenrick Rowe on drums. They both make those songs sound fantastic â€" and Tim Smart, who plays trombone and has been with us since 2009. They're not just great songs, they're played by these amazing musicians."
The genius of the Specials is their innate understanding. The skill of re-contextualising what has gone before â€" from Monkey Man to Blam Blam Fever â€" and writing new songs that fuse this heritage with all that is current. Throughout the decades the Specials' influence has never gone away. And we need it.
"I'm aware our work has been out there for forty years and I'm so grateful for what we've done, I pinch myself sometimes," says Lynval. "I can pat myself on the back now, and say 'Well done,' because that what my father says to me. As a band, making this record, it was the closest we'd ever been."

"That's the thing with the Specials," says Horace. "We are three very different people, but you put us together and we become the greatest rock 'n' roll band in the world, as far as I'm concerned. Something remarkable happens."

Related to The Specials

The Specials tickets on sale with Gigantic!

Jerry Dammers from The Specials began his iconic label 2-Tone Records from his Coventry home!

Get your tickets for The Specials with Gigantic!

It's February! So, come to Gigantic to get tickets for The Specials

Come to Gigantic to get tickets for The Specials