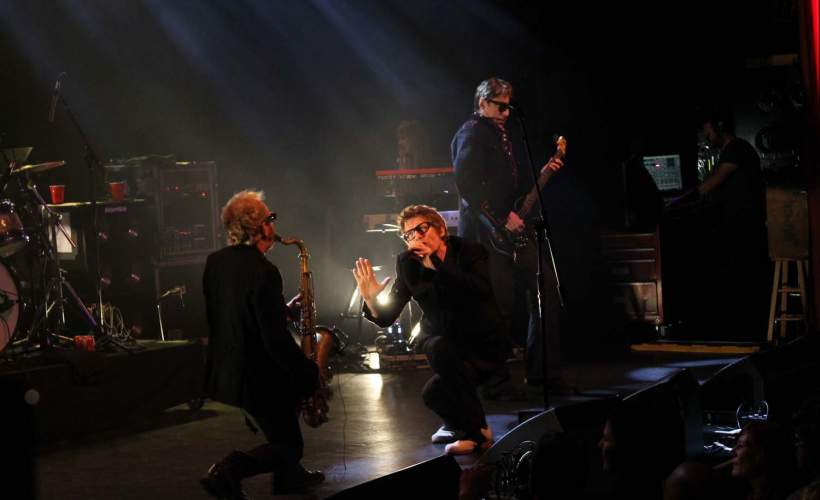 About The Psychedelic Furs

As the excitement builds, so does the demand for The Psychedelic Furs tickets. We know these will go fast so make sure you act quickly and book yours before they all get snatched up. Gigantic enables you to make gig ticket bookings 24/7 whilst relaxing at home or busy on the go using your computer, smartphone or tablet.

The Psychedelic Furs tickets can very soon be yours. Get them when they become available at 09:00 on Friday 26th of April. You can make yourself ready for their release by setting a personal reminder with Gigantic right now to arrive to you via text message or email.

If you sit and talk to many of the alternative rock artists dominating today’s music, you’ll find that many of them pay homage to The Psychedelic Furs. Led by front man and songwriter Richard Butler, the Furs won over fans and critics alike by combining poetic lyrics, innovative rhythms and melodies driven by an aggressive, punk desperation. Through it all, the band scored major hits with "Love My Way," "Pretty In Pink," "Heaven," "The Ghost In You," and “Heartbreak Beat” in all releasing seven studio albums and spawning several compilations, a boxed set, and a live concert DVD. The Psychedelic Furs came together in England's emerging punk scene in 1977 initially consisting of Richard Butler (vocals), Tim Butler (bass guitar), Paul Wilson (drums), Duncan Kilburn (saxophone), and Roger Morris (guitars). By 1979, this line up had expanded to a sextet with Vince Ely replacing Wilson on drums and John Ashton being added on guitar.

With only limited supplies of The Psychedelic Furs concert tickets being made available you cannot hang around as they will go quickly and you do not want to be disappointed. Award winning ticket vendor Gigantic has been providing excellent customer service for ten years so you know we are the right place to get your essential gig tickets whenever you are booking for your big night out.

THE PSYCHEDELIC FURS release new album ‘Made Of Rain’

A Flock Of Seagulls

A fantastic night out ! The psychedelic Furs gave a great performance. I will definitely see them again.

That's all we have for The Psychedelic Furs! Check out their upcoming shows