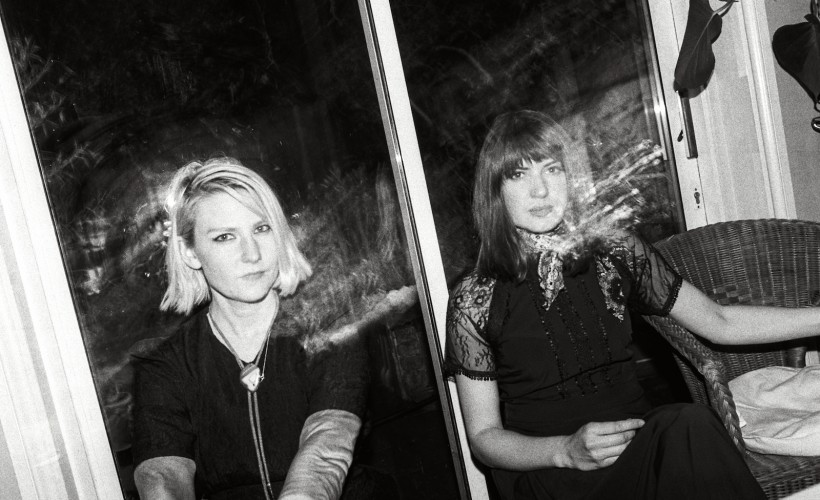 Smoke Fairies’ outstanding new album, the eponymously titled Smoke Fairies, shows the band in top form, combining their classic approach whilst exploring new forms of musical expression - but it is an album that they nearly didn’t make. There was a moment after the release of Smoke Fairies’ last album (Blood Speaks, 2012) when Jessica Davies turned to musical partner Katherine Blamire and told her she was no longer sure whether Smoke Fairies should continue.

In the six years since Smoke Fairies first entered a recording studio, they have made two critically acclaimed albums, supported on tours with Bryan Ferry, Richard Hawley and Laura Marling, and had a single released on Jack White’s Third Man Records; but for all the perceived glamour of a musical career, they were still sharing a house in Peckham and waiting for something to happen while they worked temp jobs around London.

In 2013 Blamire and Davies took themselves to a remote recording studio in Kent with producer Kristofer Harris. It was there that they set about crafting their latest album, Smoke Fairies, calling on their bandmates and old touring friends such as drummer Andy Newmark (Sly and the Family Stone, Roxy Music, John Lennon) to help out.

The result is a remarkable set of songs, notable not only for their strength and robustness, but also a sense of experimentation. The sheer liberation Blamire and Davies felt at using synths for the first time is evident in tracks such as the irresistible “Your Own Silent Movie” and the beautifully compelling “Drinks and Dancing”. Davies and Blamire’s sublime voices still stand to the fore, and tracks like “Want It Forever” are lined with a deliciously bluesy skuzzy-ness. This may not be the sort of album you ever expected Smoke Fairies to make, but it is an extraordinary record - bracing, sensual and defiant - and one that promises an exciting musical future.

That's all we have for Smoke Fairies! Check out their upcoming shows