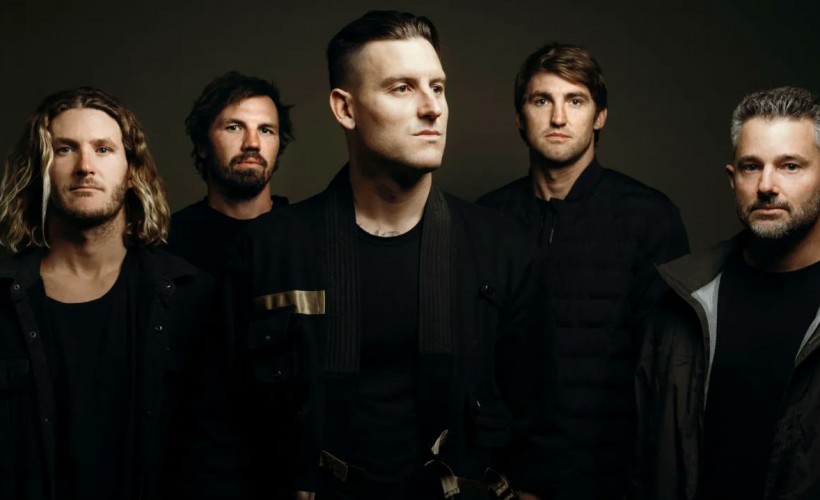 First time seeing these guys due to being away during Download last year. Only got in to the band last year and have been hooked ever since. The show was brilliant. A heady mix of heavy riffs and great melodies. Coupled with a live string section really bought the songs to life. Will def be seeing these boys again!!

Seen these guys many times and every time they just get better! An amazing line up TAIM opened amazingly and KSE just killed it as always... definitely has set the bar high for gigs in 2019 only down side again was venue I love Alexandra Palace but every time we have been there lately for a metal gig their organisation capability proves again it is inadequate..... so many people missed support bands due to slow entrance always the same maybe they should open the doors earlier if they can’t cope with the queues.

It was a great experience & a dream come true to witness all my favourite bands performing under one roof...
The stage ,fire ,lightning was amazing and a great crowd.

This is the 2nd time I've seen parkway drive. And they do not disappoint. In fact they was better than the 1st time I seen them. Bigger stage bigger crowd bigger show. I 100% recommend parkway drive to anyone. I will definitely be waiting for there next show to come around. Absolutely amazing!!!!!!!!!!

Having topped the charts in their Australian homeland with their latest album Reverence, they are now on their way to our shores to show off their new material with a tour that takes them to O2 Apollo Manchester, Motorpoint Arena Nottingham in January plus Cardiff Motorpoint Arena and Alexandra Palace in London during February 2019.

We are also incredible excited to be able to offer you Parkway Drive tickets, but we must also make you aware that the demand is sky high so you will have to book yours before they are all snatched up. Fortunately, placing an order for your favourite gig tickets is made easy with Gigantic as you can access our site from the comfort of your home or whilst busy and on the go using a computer, smartphone or tablet.


Reverence is the most sonically adventurous and emotionally intense effort yet from the Byron Bay-based five-piece.

ŌĆ£Reverence represents the most honest and personal record we have ever created,ŌĆØ says Parkway Drive frontman Winston McCall. ŌĆ£It has been born though pain, sacrifice, and conviction, with the ultimate goal of expanding not only what Parkway Drive stand for musically, but who we are as people. Thank you for listening.ŌĆØ

Again, please ensure that you place your order as soon as possible because there are only limited amounts of Parkway Drive concert tickets being made available and with everyone interested, they will not last long!

Australian hardcore band, Parkway Drive are excited to announce a brief UK Tour in support of the bandŌĆÖs latest release Atlas. The tour will kick off Friday, December 12 in London and wrap in Manchester on December 17, and will feature special guests: Heaven Shall Burn, Northlane and Carnifex.

ŌĆ£It's been too long since we've hit the UK, so we plan on making up for lost timeŌĆØ said Parkway Drive frontman Winston McCall ŌĆ“ ŌĆ£We're bringing some amazing bands and one hell of a crazy show, let's see if the UK can step it up again in the usual fashion. Bring it.ŌĆØ

Recorded in Los Angeles with esteemed producer Matt Hyde (Slayer, Hatebreed, etc.), Atlas which has received tremendous worldwide acclaim from both fans as well as the key media, boasts some of the most up front and confrontational material Parkway Drive has ever released, while at the same time taking several unexpected turns into lush sonic terrain, redefining their trademark sound while reinforcing their position as leaders in their field.

Kerrang! Magazine called Atlas ŌĆ£one of the most monstrous and immense albums of the yearŌĆØ, granting it a perfect, 5/5 score, while Metal Hammer stated that with this album, Parkway Drive ŌĆ£have become one of the most important heavy bands of recent years."

Get your Parkway Drive tickets below!

Book Parkway Drive tickets with Gigantic and look forward to a great show!

Book your tickets for Parkway Drive with Gigantic!

Parkway Drive are on sale with Gigantic!