Niteworks have announced headline dates in May - tickets on sale with Gigantic! 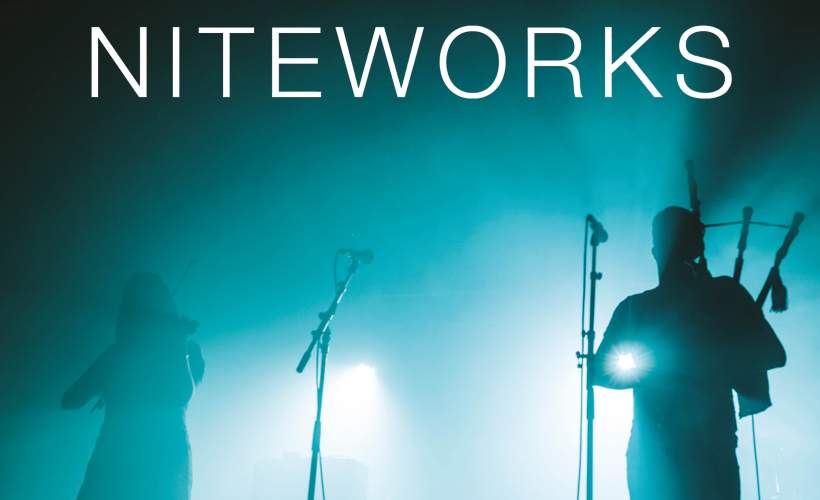 The Cluny, Newcastle Upon Tyne

Niteworks fuse the Gaelic language and traditional music that was central to their upbringing on the Isle of Skye with electronica and techno to create an electrifying and genre-defying sound. The band, comprising of Innes Strachan (Synth), Allan MacDonald (Pipes), Christopher Nicolson (Bass) and Ruairidh Graham (Drums), are set to have their busiest year in 2018, which will see the release of their second album ‘Air Fàir an Là’, the follow up to their critically acclaimed ‘NW’, released 2015. This comes on top of some already significant achievements.

The band welcomed in the New Year at Edinburgh's Hogmanay 18 having been asked to curate the music to accompany the expansive fireworks display, broadcast not only around Edinburgh but live on BBC Scotland. The band also played to a sold out 12,000 audience at the SSE Hydro in Glasgow at Celtic Connections.

“Niteworks' sound crosses genres and boundaries, melding Gaelic vocals with electronica and dance music. Add all this to their explosive live shows and you've got a band that truly encapsulates what it means to be Scottish: imaginative, versatile, cultural and exciting.” The List

That's all we have for Niteworks! Check out their upcoming shows