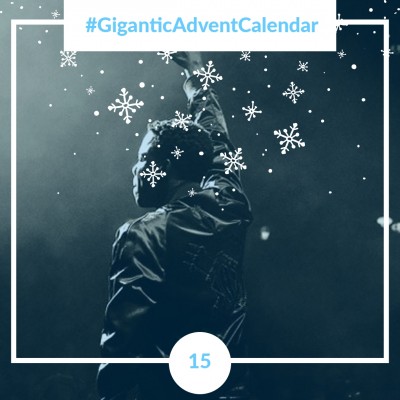 With not long to go before the big day, Door 15 of the #GiganticAdventCalendar brings comedian Chris Rock.

Chris Rock rose from doing stand up around the comedy clubs of New York to become a cast member of Saturday Night Live. This platform gave Rock the chance to shock and enthral audiences across America and beyond, leading to an award winning career performing in stadiums and on film.

Pull open Door 16 from the #GiganticAdventCalendar to find Penn Festival.

A huge favourite for the people of Buckinghamshire which attracts revellers from right across the UK, Penn Festival never fails to pick the right acts for a big weekender. This year sees Kaiser Chiefs, Feeder, Example and Gabrielle Aplin all make appearances.

Bonobo is behind Door 17 of our #GiganticAdventCalendar – book right now!

Brighton DJ Bonobo is known for his eclectic taste and broad sphere on influences, showing signs of jazz and various genres from around the world in his ambient electro. A long-term collaborator with Ninja tunes, they have recently released his album ‘Migration’.

Catch them when they play two nights in London.

Get your guitars out for Door 18 of the #GiganticAdventCalendar, because here comes the Stereophonics.

Welsh wonders Stereophonics pack out every venue whenever they play so join them for their two massive gigs where they play material from new album ‘Scream Above Sounds’ plus selected hits.

With Day 19 of the #GiganticAdventCalendar, we are presented with the one and only Roger Waters.

Pioneering prog rocker Roger Waters found fame as part of seminal psychedelic band Pink Floyd. He has recently announced his ‘Us and Them’ tour for 2018, plus the Barclaycard presents British Summer Time Hyde Park outdoor show on Friday 6th of July.

Blues fans get excited, because Day 20 of the #GiganticAdventCalendar brings you Joe Bonamassa.

Door 21 of the #GiganticAdventCalendar brings you Disney On Ice – the perfect festive treat for all the family.

The touring show invites you to experience the many magical realms for Disney On Ice presents Worlds of Enchantment. You can enjoy your favourite stars from such fantastic films as Disney/Pixar’s Cars, The Little Mermaid, Toy Story and Disney’s Frozen. Plus, appearances from all your favourite characters.

Christmas is getting closer and behind Door 22 of the #GiganticAdventCalendar we find Taylor Swift.

The pop megastar has already sold a truly staggering 2 million copies of her brand-new album ‘reputation’. Be sure to catch her as she embarks on her worldwide tour to promote the new record when she performs to huge crowds in Manchester and London.

We are getting so close to the big day. Door 23 of the #GiganticAdventCalendar reveals Sounds Of The City.

Manchester is synonymous with good music and Sounds Of The City brings a selection of classic acts and rising stars to the Castlefield Bowl. These outdoor events take place during June and July and look set to be a great experience.

Twas the night before Christmas and Day 24 of the #GiganticAdventCalendar revealed tickets for Handmade 2018.

Every year, Handmade proves a crucial weekend by giving gig goers a real taste of the musical flavour ahead by being one of the first festivals of the year. Next year sees performances from Circa Waves, Idles, Little Comets and many more.