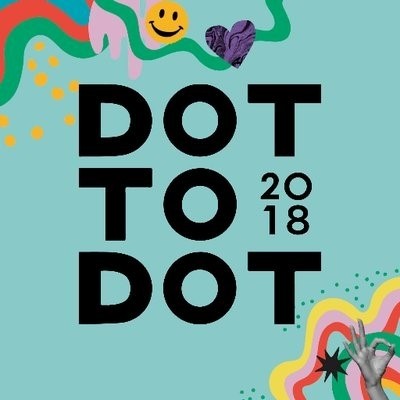 Spanning three cities, each known for their flourishing music scene, Dot To Dot Festival 2018 takes over the very best venues Manchester, Bristol and Nottingham have to offer.

Organised by award-winning independent live music promoters DHP Family, Dot To Dot Festival is expertly curated and offers a full day of the world’s most crucial acts giving you a glimpse of future stars and huge headliners.

This year, Dot To Dot Festival 2018 includes performances from Dermot Kennedy, Mahalia, Turnover, Fizzy Blood, The Regrettes plus many more.

With so much to choose from at such a fantastic price, you can’t go wrong!

Gigantic takes a look at the Top 5 acts you should definitely check out at Dot To Dot Festival 2018.

Coming all the way from Canada, Peach Pit are the Vancouver fourpiece who describe themselves as "chewed bubblegum pop". Their chilled / bummed out surf vibe blues has been showcased on their ‘Sweet FA’ EP plus their debut album ‘Being So Normal’ which was released in September of last year.

Get ready – because YOWL are coming your way. The Peckham based upstarts have already picked up a huge amount of praise from all the right music publications, thrilled by their frenetic live performances of nasty rock and roll. Catch this immense band on their way up, and you will be able to brag to all your mates how you saw them first.

Everyone loves a bit of infectious indie pop. PALE WAVES have been proliferating the airwaves with some truly addictive tracks including ‘Television Romance’, ‘My Obsession’ and their latest offering; ‘Heavenly’. We just have one question for the Manchester goth loving group; can you bring your debut album out now please?!!

Songwriter Marika Hackman’s sound centres around a dark and melancholic feel, expanding from brooding folk to encompass grungey lofi rock. Hackman was snatched up by iconic label Sub Pop for the release of her latest album ‘I’m Not Your Man’ which saw her team up with The Big Moon to become one of 2017’s best records.

From their early gimmick goth start, via a kraut rock inspired re-invention and a short stop at shoegaze to their current interpretation of 90's dance on their latest LP ‘V’; The Horrors have continually proved they are one of Britain’s most inventive and prolific bands. The black clad Southend-on-Sea squad are a fitting headliner for Dot To Dot and will bring each night to a truly mind blowing close.