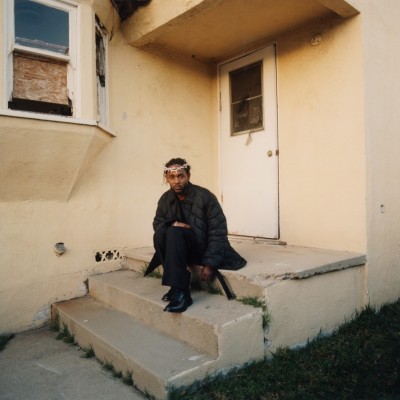 Revolutionising rap; Kendrick Lamar burst out of Compton, California to become one of the greatest ever stars in music. Reaching platinum certification with every album, selling over 70 million records in the US alone and proudly owning a staggering 14 Grammy Awards; there can be no doubt his unique take on hip hop, with its complex rhythms and profound bars mark him out as a true icon.

Less than a week ago, the West Coast prodigy dropped his latest masterpiece Mr. Morale & the Big Steppers, his fifth full length which is sure to be a worldwide smash hit and shoot to No. 1 around the globe. The release coincided with the announcement of just a handful of U.K. headline dates in support of awesome album and tickets are released this Friday at 10:00 – set your event reminder with Gigantic HERE.

We celebrate both the release of essential record Mr. Morale & the Big Steppers plus the promotional tour by looking back at exactly what makes Kendrick Lamar so great, picking out his Top 5 tracks. Check them out below and let us know if you agree with our choices.

Lead single on second album Good Kid, M.A.A.D City; “Swimming Pools (Drank)” pushes back against the peer pressure of drink culture and warns about the alcoholism that claimed the life of Lamar’s own grandfather.

Kendrick’s first No. 1 single “HUMBLE.” Pulls apart impossible beauty standards pushed by music and the media and calls for more reality in a world of fakes and the self-delusion that comes with massive success.

“N95” gives a glimpse of the worldview from the top of the highest mountain, Lamar reveals what it’s like dealing with the inevitable backlash that comes after being built up by critics only for them to come back and try to break you back down whilst fake fans fail to hear the real messages in his music.

Taking no prisoners, “DNA.” sees Kendrick Lamar coming out swinging and hitting hard both lyrically and musically as he reveals just how much he’s had to fight to rise to the top. Unapologetically strong, visceral, and vital – this song slaps like no other.

Come on, could the best track be anything other than “Alright”? Turning the spotlight on a racist society and the pains that threaten to turn Lamar apart yet refusing to ever back down, “Alright” may be deeply personal but so relatable to the experience of so many black Americans it became adopted anthem of the Black Lives Matter movements – proving the power of Kendricks music forever.